(April 25, 2016) – The Portland Bureau of Transportation and Portland Police Bureau will conduct a crosswalk safety education and enforcement action on Tuesday, April 26 at the unmarked crossing on SE 82nd Avenue at SE Cooper Street from 10 a.m. to 2 p.m. to raise awareness of pedestrian safety and Oregon traffic laws.

Education and enforcement actions such as the April 26 event are a key part of the City of Portland’s citywide effort to reach its Vision Zero goal of eliminating traffic fatalities and serious injuries. 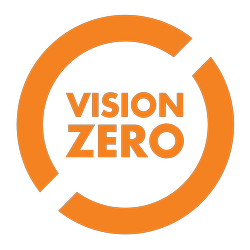 The SE 82nd Avenue and SE Cooper Street crossing has no painted lines at the crosswalk. It does have a pedestrian median island and signage to alert drivers to the possible presence of people walking in the crossing.

Southeast 82nd Avenue is one of 10 High Crash Corridors that the transportation bureau has prioritized for stepped up education, enforcement and safety improvements.

PBOT encourages everyone who uses 82nd Avenue to exercise care and caution when walking, biking and driving. People driving and people walking should remain alert and watch for people in the crossing and drivers who may be turning onto or from 82nd Avenue.