Why is Portland focusing on enforcing speeds on specific streets?

Most deadly crashes in the Portland region occur on multi-lane arterial streets. These multi-lane and multi-modal arterials suffer a serious crash rate 4.3 times higher than the freeway system.

Portland is authorized to use speed safety cameras only on its most dangerous streets--its 30 High Crash Network corridors, shown below in orange. The High Crash Network represents just 8% of the city’s street network but accounts for 57% of traffic deaths. 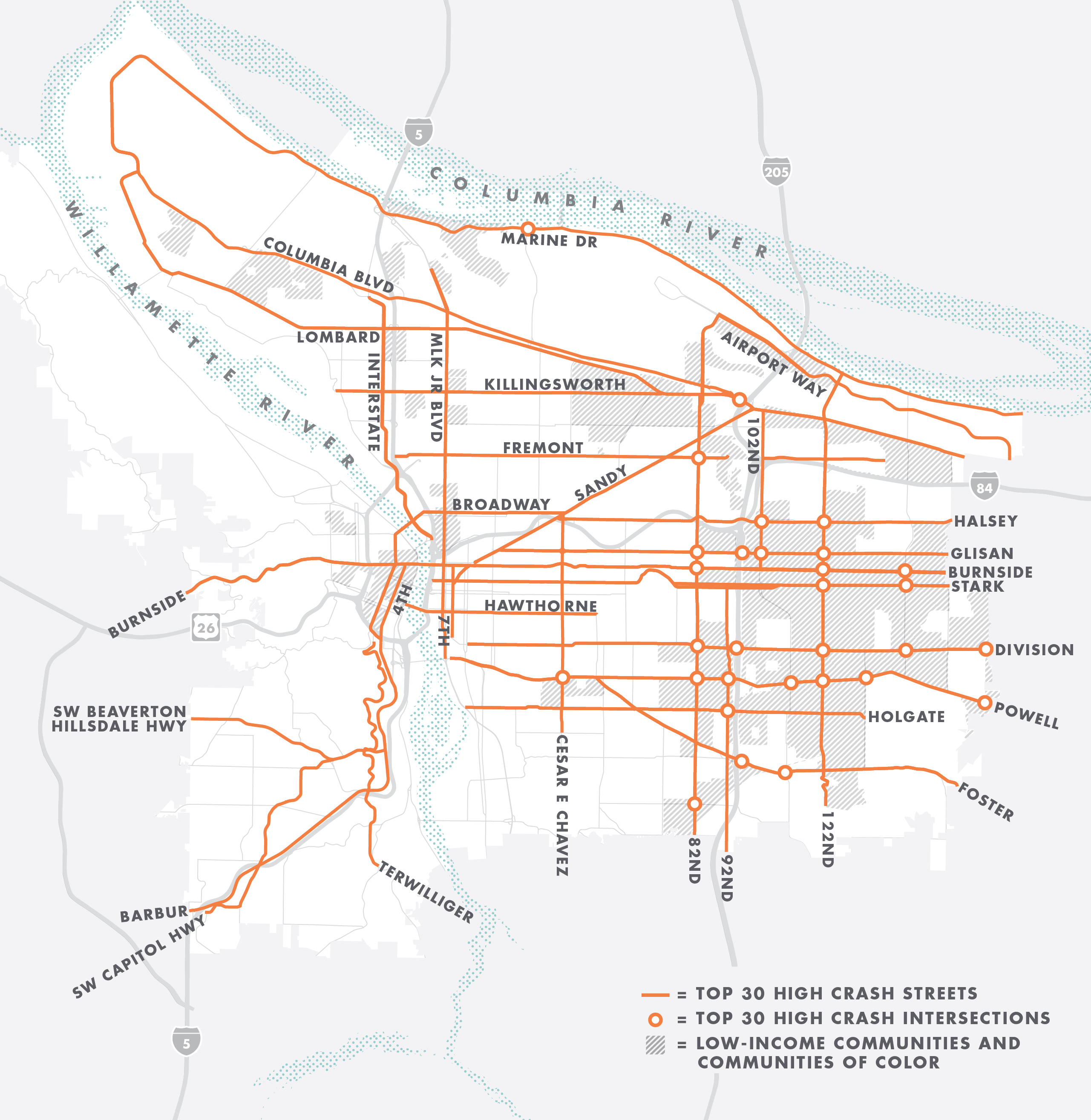 Hasn't Portland had speed safety cameras for a long time?

Prior to 2015, state law only allowed photo radar systems to be operated in mobile vans for no more than four hours in one location with a uniformed police officer present. This resulted in inconsistent enforcement and a “decay effect” – travelers return to speeding once the van leaves. The newer fixed speed safety camera system provides more consistent and predictable speed control on Portland’s most dangerous streets.

What if I have a question about a warning or citation I received?

Speeding is a top contributing factor to deadly crashes across the Portland region. Traveling at excessive speeds has been consistently linked to higher crash risks. The faster people drive, the longer it takes them to recognize a dangerous situation and, once they have hit the brakes, to bring their vehicle to a stop.

Is this program setting up “speed traps?"

The state law authorizing Portland to pilot fixed speed safety cameras has strict signage requirements, giving travelers ample information and opportunity to obey the law and avoid a ticket. Before passing a speed safety camera, people driving will see a sign informing them “Traffic Laws Photo Enforced,” a speed limit sign, and a speed reader board displaying their current rate of speed. 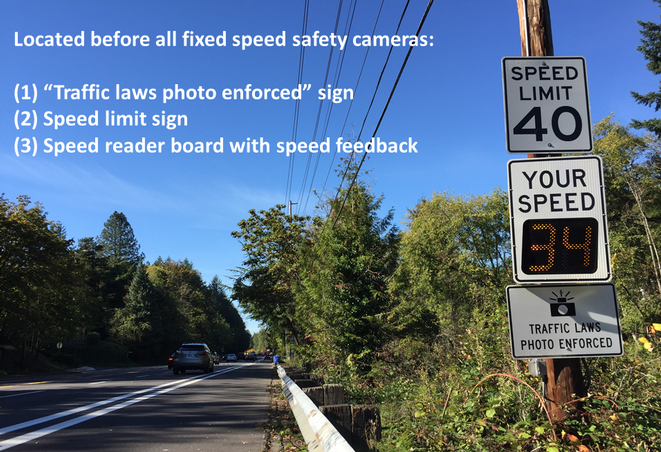 What is the typical fine for a speed safety camera citation?

Penalties are the same as a speeding violation initiated by any other means. The typical speeding citation in Oregon is a Class C violation (11 to 20 mph in excess of the speed limit) resulting in a $170 fine.

No. The purpose of fixed speed safety cameras is to change behavior, not to generate revenue.

More than two-thirds of the traffic fine revenue collected by Portland's speed safety camera program will go to the State of Oregon’s Criminal Fine Account. The statute authorizing Portland to pilot fixed speed safety cameras directs that any amount paid to the City of Portland as a result of this program must pay for operating and maintaining the cameras and for improving traffic safety for all modes.