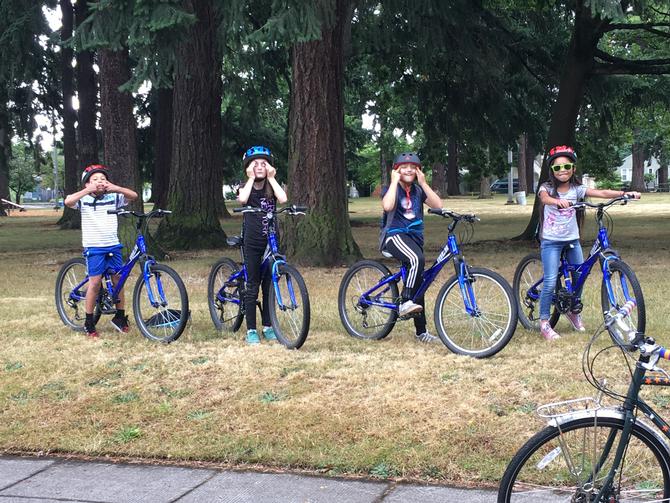 Last week our Safe Routes to School team set out to spend a week on two wheels with kids from James John SUN School during our Bike Camp, and it was a total success! We taught 3-5 graders bike safety, developed leadership skills, kept kids active, and made connections with nature and their neighborhood. 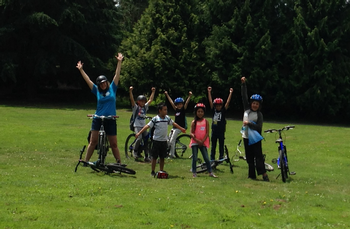 Bike Camp is offered to specific schools in the Portland area every summer through PBOT’s Safe Routes to Schools Program. The goal of the program is to teach students bike safety and build confidence navigating their neighborhood streets.

At the beginning of the week, campers set an ambitious goal to ride 50 miles which they exceeded – totaling 55 miles. They looped around most parks in North Portland, and rode over as many pedestrian bridges as they could find. Every morning campers would choose their destination using bike maps. It was easy to find safe routes that accommodated all skill levels thanks to the Neighborhood Greenway system.

As an instructor, it was fun to see how the campers grew daily in their confidence. Parker, a 5th grader, got in the habit of verbalizing all of the steps he would take at intersections, that way he could prove to his instructors he did not need any help. 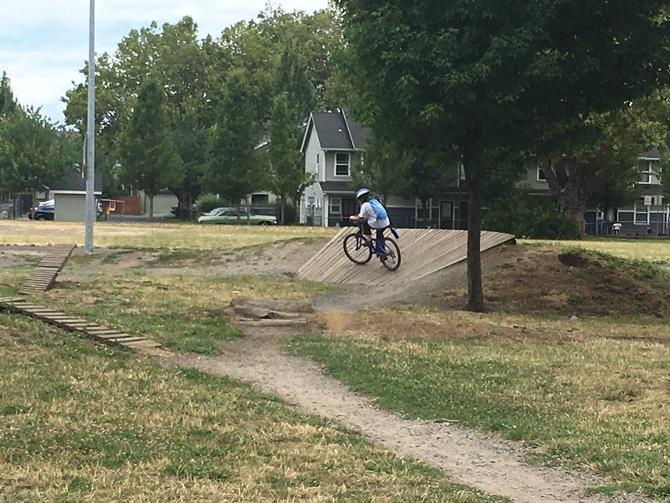 With increased confidence came their ability to ride further distances. They created more complex routes taking us as far south as Dawson Park! But all routes had something in common - kids always wanted to stop by the Bike Repair Hub in New Columbia to practice on the skills park to master a new section of the course. 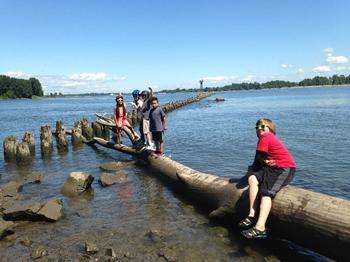 The longest day in miles was our adventure to Kelly Point Park. “This is the most perfect day ever,” said 5th grader Cristina as she sat on a log watching the Columbia and the Willamette Rivers meet. “I agree,” said Isaías, 3rd grader, as he collected clam shells. Though we had a really strong group of riders who tried to spend as much time on their bikes as possible; being at the park and taking in nature was exactly what we all needed to recharge batteries and keep on riding.