(Aug. 31, 2016) - The Portland Bureau of Transportation and Portland Police Bureau announced the results of a crosswalk safety education and enforcement action that took place today from 7:00 to 8:00 a.m. at the marked crossing at N Willis Boulevard at N Courtenay Avenue to raise awareness of pedestrian safety and Oregon traffic laws.

As part of the action, Portland Transportation Director Leah Treat, Oregon Department of Transportation Region 1 Manager Rian Windsheimer and Sasquatch from the “Oregonian Crossing” safety campaign crossed the street with students heading to school at Cesar Chavez K-8 this morning. 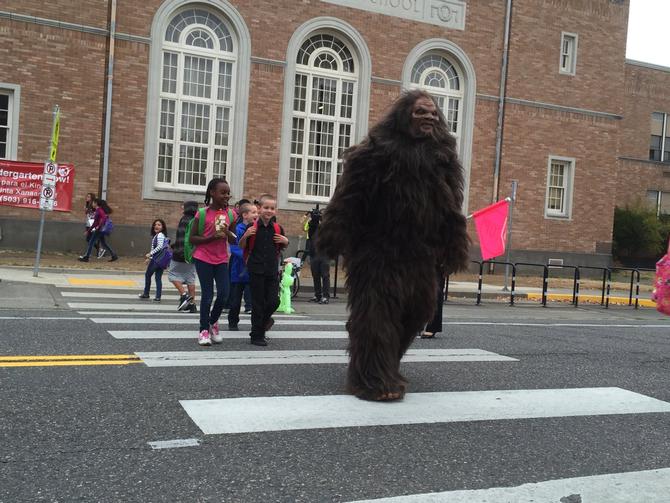 The crossing is heavily used by school children and transit riders - as it is directly in front of Cesar Chavez K-8 School and near two TriMet bus stops.

Near schools, people driving need to be especially mindful and watch out for parents and children walking and biking. As students head back to school, it’s particularly important to obey traffic laws and drive safely in school zones. Drivers should also be aware that Portland Police Bureau officers will be at every school during the first few weeks of the school year to enforce school speed zones and other traffic laws.