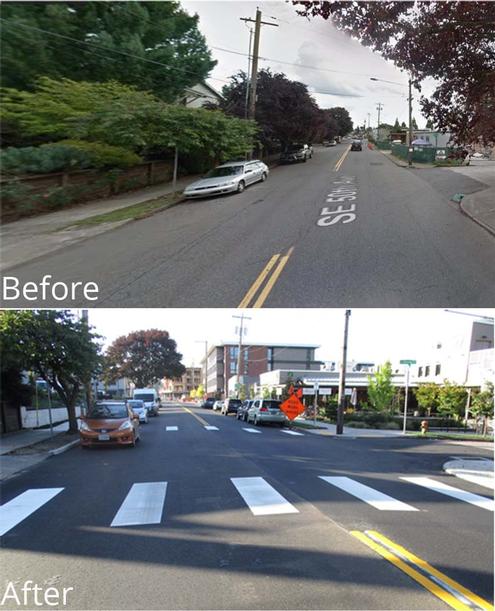 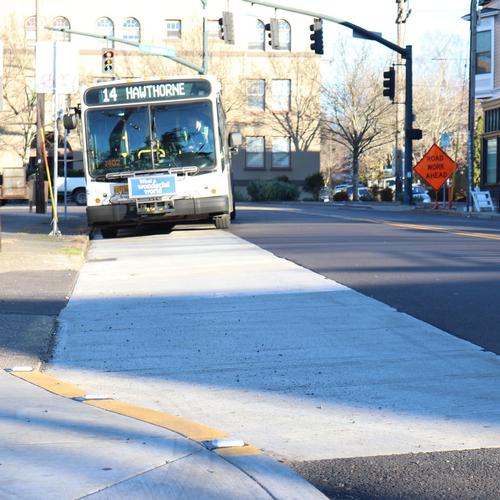 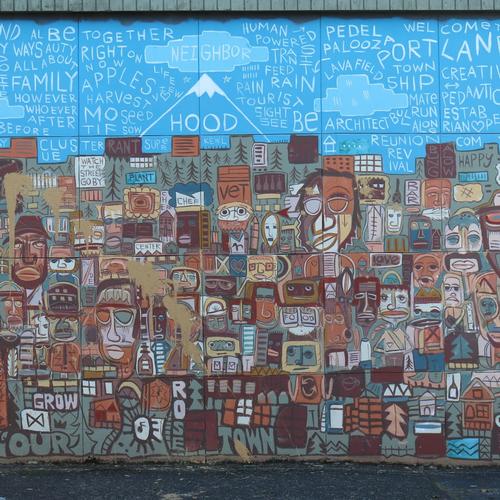 To address current pavement maintenance needs, SE 50th Avenue was repaved from SE Division to SE Hawthorne. All corners that did not meet ADA standards were updated. These two actions will prevent further pavement deterioration and will improve overall street accessibility. The project was completed as of November 2018.

As part of the Fixing Our Streets program, the Portland Bureau of Transportation (PBOT) worked to repave SE 50th Avenue from SE Division to SE Hawthorne to prevent further pavement deterioration. The work also included updating all corners that do not currently meet ADA standards to improve overall street accessibility.

Over the course of the paving work, PBOT decided to reconstruct the southbound section of SE 50th Avenue from SE Division Street northward towards SE Lincoln Street due to poor and unsafe road infrastructure from unused rail trolleys underneath. The trolley rails were built on SE 50th Ave in 1909, but when the trolleys were decommissioned of the rails were paved over to make roads for vehicle use. Since the 1980s through the mid-2000s, much of the road maintenance on SE 50th was to grind and repave asphalt on top of the buried rails.

For years, residents of the area, and all other Portlanders who utilize this street, have witnessed hazardous potholes, with a few areas with rail exposure potentially causing bike crashes, slippery conditions for pedestrians and tire damage to vehicles.

When construction commenced on SE 50th began in March 2018, and the new ADA ramp curbs were built, the algebraic grade break didn’t meet ADA standards due to high slope grade coming off the road with the rails underneath. Simply grinding and repaving the road to meet ADA requirements would not fix the issue as the rails would still potentially be exposed over time and create unsafe conditions.

Moreover, with the frequent service of Tri-Met Line 14, coupled with the increase of the cars and truck traffic, the structural base of the street pavement on SE 50th would deteriorate quickly thanks to deteriorating wood ties, broken concrete pavement and bricks as well as voids and sinkholes due to damaged clay sewer pipes and manholes.

Here are a few photos of the 100+ year-old railroad ties being removed from SE 50th Avenue as well as some additional discoveries from the street excavation.