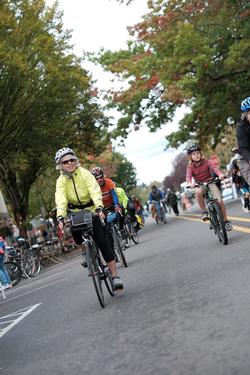 1)      Tell us about your background – how did you become Mayor of the City of Milwaukie?

I was an editorial photographer and had a contract with National Geographic for years. Primarily I did adventure and sports photography for them. I then started to get engaged in City politics, predominately with a focus on sustainability. I don’t feel like our government in general is addressing the issue at hand with the energy they need to. I ended up getting on the planning commission and then later running for council. I realized the higher in the food chain I got, the more ability I would have to affect change.

It is more like a hobby than a job. It’s about as all-consuming as you want it to be. I put in about 50 hours a week because I am engaged in the regional level.

3)      What is your favorite thing about the City of Milwaukie?

It is this great little small town off the river. I am a 10-minute drive, 25-minute ride from downtown Portland. It’s an actual place to raise families and it is becoming one of the most progressive cities in the state. We are 2 weeks away from passing a fee that will fund a major active transportation system in Milwaukie. And that has never happened before, and (even) Portland has had a hard time trying to pass that. We are in the middle of our visioning process – and I suspect the people want an equitable city, a sustainability city, a livable city.

4)      What made the City of Milwaukie decide to partner with Sunday Parkways Portland this year?

Bike Milwaukie spun out of an environmental pressure group. When Matt (one of the co-coordinators for Bike Milwaukie) approached me about doing Sunday Parkways, I knew it was in keeping with my goals for the city. I want to convince the regional 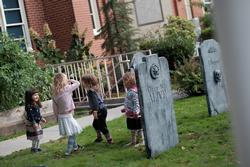 planning authorities to make it safer for families by increasing the amount of people riding bikes.

Well it fits with the three things above (equity, sustainability, and livability). Cities where people can move comfortably without a car, are all three of those things. If you are low income and you can do everything you need to do without a car, that saves your $10,000 a year. If we have a city where the transportation system and the planning is such that people can walk/bike and have most of their needs met … if all of those needs can be met via walking or biking than we have a very sustainable City. Collective and arterial streets are obviously meant to move traffic, so they should have good sidewalks and bike lanes at a minimal. Ideally they should have separate biking facilities, we know that kids and women in particular, feel less comfortable on arterial streets. I have long been a proponent that our neighborhood streets should be slow, that people should expect kids to be playing in the street, and that it should be a place where neighbors are talking to each other. These places should be treated as places meant for people and not cars. 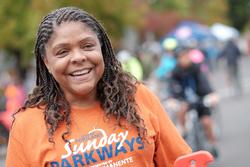 From 10 -2 pm I had one of the busiest car escorting routes on the course. I helped escort cars about a half a mile on the route to get residents.  There were about five of us, who were constantly riding. I rode 15 miles just going back and forth. After that Kendra and I rode the route. We rode up the route to Sellwood and then back into Milwaukie. We went to the Water Tower park and listened to the music. Then returned to Milwaukie downtown, got a beer, and headed to see the last band play.

7)      What was your favorite part of Sunday Parkways?

It was pretty cool to end our day at the beer garden with the band, and to hear all these people from Portland say “This is pretty cool. We always wanted a beer garden, and Sunday Parkways has never had 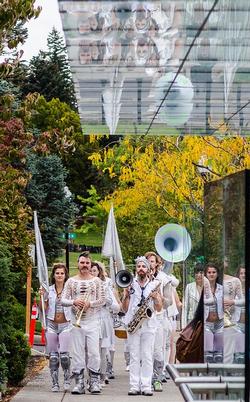 We are planning to host Sunday Parkways again. Hopefully we will have the event earlier in the season for a better chance of sun. Hopefully the construction work will be finished on the 17th Avenue path and we can utilize the path for (potentially two-way) traffic. Other than that I thought the route was awesome, and there was a lot to see and do. Maybe we can bring it to other neighborhoods.

9)      If you had a magic wand and overnight you could change one thing about our streets, our city, livability – what would be it be?

We would deprioritize the automobile.

I think it was a really cool event. 90% of the people who had any interaction with the event at all were pretty happy with it!

11)  What was the craziest thing about Sunday Parkways?

I strangely didn’t shoot a single picture that day. I was so busy helping cars in and out of the route, and then just riding the route – that I didn’t have time!

We Need Your Input! Take our Online Survey by October 21

If you are a Milwaukie resident and want to participate in the visioning process, the City of Milwaukie has developed an online survey that aims to gauge what people love about Milwaukie, what needs improvement, and what they want to see in the future.

Click here to take the survey and have your voice be heard.