(Nov. 3, 2016) - The Portland Bureau of Transportation and Portland Police Bureau announced the results of a crosswalk safety education and enforcement action that took place on Thursday, October 27 from 10:30 to 11:30 a.m. at the marked crossing at SW 40th and Huber to raise awareness of pedestrian safety and Oregon traffic laws.

Warnings (8):
8 Failure to stop and remain stopped for a pedestrian

Citations (8):
5 Failure to stop and remain stopped for a pedestrian
1 Speeding
2 No operators license 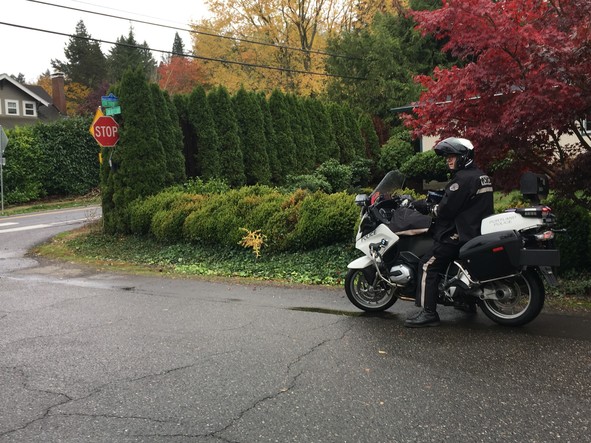 Portland Police watch for traffic violations at the November 3 crosswalk education and enforcement action at SW 40th and Huber.