(August 14, 2017) This week, PBOT celebrates a new connection for people with the modification of the existing traffic signal at NW Naito & Davis. This bike signal facilitates movement between Better Naito and the Steel Bridge. Located at NW Naito and Davis, the new path and bicycle signal provides people a safe and convenient route to continue south-north. The new bicycle traffic signal makes the right turn onto the Steel Bridge on-ramp more predictable for people driving. The bike signal will allow people on bicycles to safely cross the ramp in either direction when the right turn signal onto the Steel Bridge ramp is red.

This new package of improvements, delivered as component of PBOT’s Fixing Our Streets’ effort called, provide a connection that reduces conflicts along Tom McCall Waterfront Park and at the Japanese American Historical Plaza, a monument to the Japanese American experience. By providing an adjacent cycling facility, PBOT intends to reduce cut-through bike traffic through Historical Plaza and to encourage bike commuters to take advantage of Better Naito during the busy summer festival season.

The new path was constructed and striped by PBOT Maintenance crews in public right-of-way left over from the old Harbor Drive. 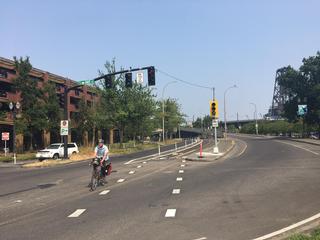 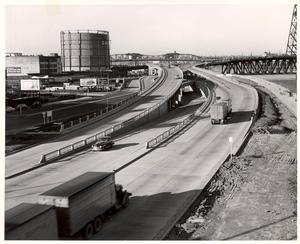 Figure 1 shows a view from the new path looking northbound. 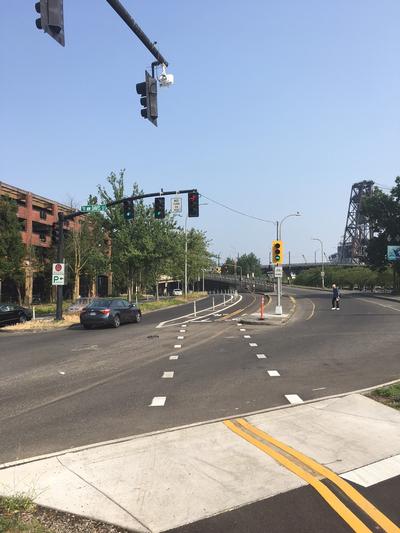 Figure 1. Looking northbound from path, prior to signal turn-on 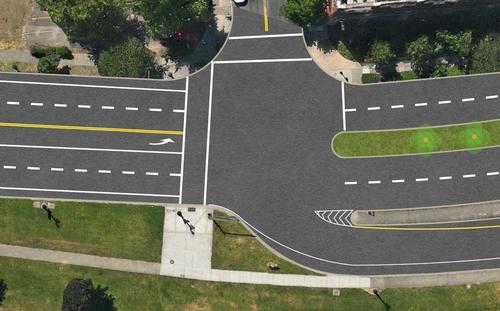 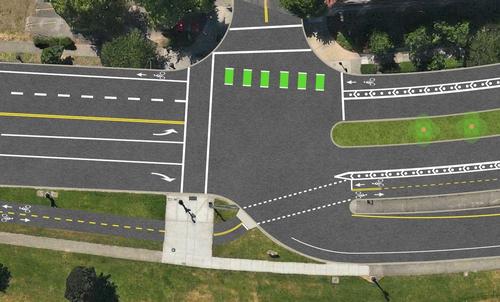 To prevent conflicts between vehicles and path users, two bike signals were installed by PBOT’s Electrical Maintenance staff. After the initial signal is activated and traffic patterns have been observed for a few weeks, City staff will calibrate equipment that detects when people on bicycles are present at the intersection to modify the signal green time, optimizing flow for all users. Northbound right turning vehicles and eastbound vehicles from Davis are held at a red light while the bike signal indication is green, as shown in Figure 4. The bicycle signal heads use a device that allows them to be seen only by the intended (path) users.

Northbound right turning vehicles may proceed right when the right turn signal is green but are prohibited from turning right on red (with a No Turn on Red sign), as shown in Figure 5. The signal is timed to serve different vehicle and bicycle movements appropriately. 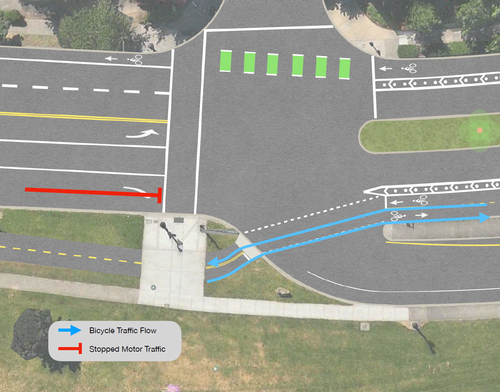 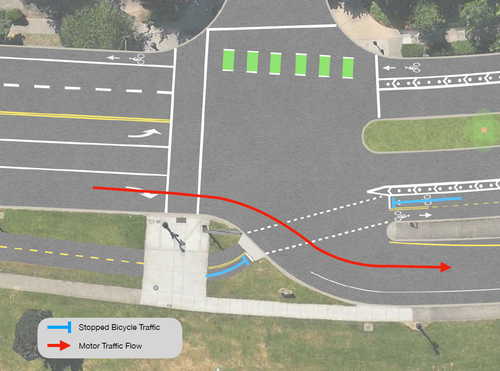 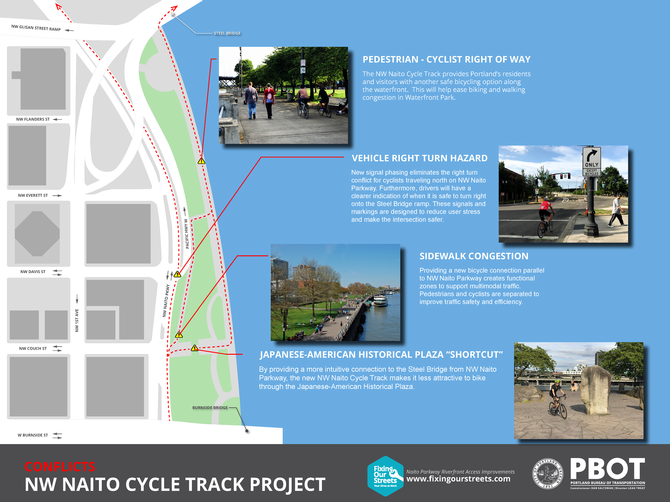 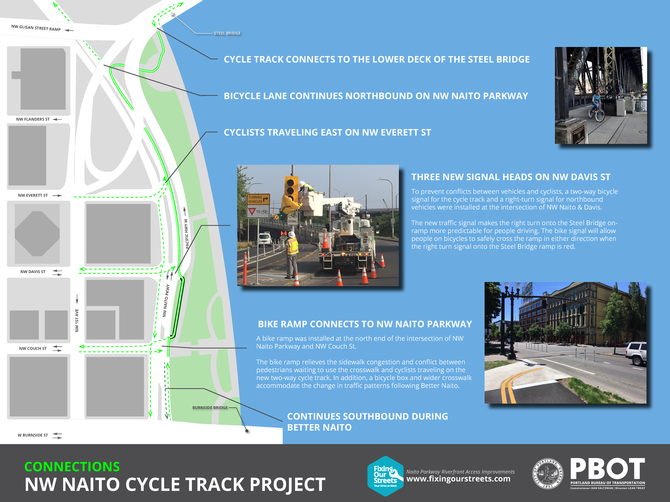 Figure 7. Improved connections for people on bikes on Naito Parkway