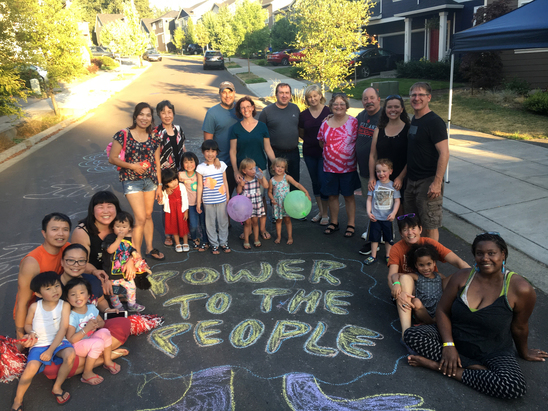 A block party on SE Insley in East Portland this past summer. Photo by Kristen Clark

(October 24, 2017) This past summer, PBOT’s Block Party Program conducted a pilot project for the neighborhoods east of 82nd Avenue and Cully. The pilot area included thirteen Portland neighborhoods which historically had low participation in block party permits. Thanks to PBOT’s Livable Street Strategy development this past year, permit barriers in this area of Portland were identified and removed.

After looking at historical data, the bureau discovered that areas of the city had a pattern of under-participation in the Block Party Program. As part of PBOT's overall equity mission to bring PBOT programs to under-served communities, the Block Party team organized a pilot program with the goal of increasing participation. PBOT endeavored to relieve some of the barriers by creating an online application, translating documents into five languages, eliminating permit fees and offering free use of our pink “street closed barricades” available within the pilot area at various community centers. PBOT staff also participated in outreach to promote the project at many community events including Sunday Parkways, APANO Night Market and Oregon Walks Lents Founders Fair.

The pilot project it was an incredible success. PBOT issued four times as many block party permits in East Portland than in previous years. A follow up survey (with over a 55% survey response rate) with the participating permittees has revealed some compelling stories. Here are some of the survey results:

Most block party permittees were first-time applicants who had always wanted to participate in the permitting program. Said one survey response, “Before this event, many of the people in the neighborhood had not met. The block party provided a safe, open, casual, and fun space for people to interact. Several of the attendees expressed their previous desire for this kind of thing, and everyone seemed really happy that it finally happened.”

One family in Cully had never seen or met some neighbors despite having lived on the same street for 14 years, noting that they wish they could have one every month but that they would surely hold another block party next year: “I meant to do it every month but personally couldn’t pull it off with my schedule – more people wanted to join in for the next one, so we will definitely do it again next summer.”

Words used by survey respondents in response to the question, "What did this block party mean to you and your neighbors?” 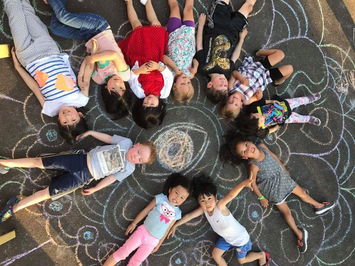 Overall, participants felt that the block party was a unifying event that brought about a sense of community and resilience.  One organizer said, “Many were initially skeptical and fearful, but it turned out very well, and people want to do it again next year. Others who didn't come said they would next year. [Our block party] really brought us all together!”

The parties themselves were very popular. Attendance numbers were moderate to high; one first-time block party in Mill Park had approximately 75 attendees.  In Hazelwood, an August block party brought nearly eighty people together in a quintessential summer scene: “It was fabulous for us to get together and get acquainted. We must have had about 40 children and almost as many adults. We BBQed hot dogs and had a potluck. We rented a bouncy bounce. A unit of the fire department paid us a visit so the children could see the fire truck up close and personal. It was a wonderful event.”

We can’t wait to see more block parties around the city in the coming years. They remind us that creativity, diversity, and community are truly what makes Portland such a special place.