City to expand last year’s use of road salt

(Oct. 31, 2017) Citing lessons learned from last year’s record winter, Mayor Ted Wheeler and Transportation Commissioner Dan Saltzman announced new steps the City of Portland is taking to be ready for this coming winter. Joined by officials for the Portland Bureau of Transportation (PBOT), Mayor Wheeler and Commissioner Saltzman also reminded Portlanders of what they can do to make sure they are prepared for winter travel.

Some of the most severe in decades, last year’s winter storms caused significant disruptions to the City’s transportation system, led to numerous school cancellations and had a negative impact on residents and the local economy. At the direction of Commissioner Saltzman, PBOT developed a new set of procedures and policies based on lessons learned during last winter. The goals outlined today are to improve the City’s winter storm response and better help Portlanders get from place to place safely during and after winter storms. 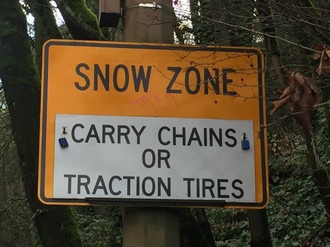 "We learned a lot of lessons last year, and we are doing everything we can to keep our roads usable and keep people safe during inclement weather this year," Mayor Wheeler said. "I’d also like to focus on a second set of lessons we learned last winter. And that is that most of us are unprepared for severe winter weather. Everyone who has a car should have snow chains in your trunk, so you will have them in an emergency. Know how to avoid driving entirely, by planning to telecommute or take public transit in severe weather."

“We understand full well the expectations the public has for service during extreme winter events and the impact these events have on their lives and livelihoods,” Commissioner Saltzman said. “We have learned a great deal from the snow, ice and landslides of 2016-2017. We’ve stepped up our response and our coordination with other agencies. And we expect the public to prepare themselves to do their part to help us get through this winter together.”

Approximately 1,750 lane miles of Portland’s streets are on the City’s anti-icing and plow routes. PBOT officials noted that their goal for plowing these streets was one lane clear and passable in each direction as soon as possible after a storm event. Passable is defined as drivable for a front-wheel drive vehicle or a vehicle with traction devices.

Among key steps the City will take this winter are:

The full set of new procedures can be found on
PBOT’s Winter Weather web site:
portlandoregon.gov/transportation/winter 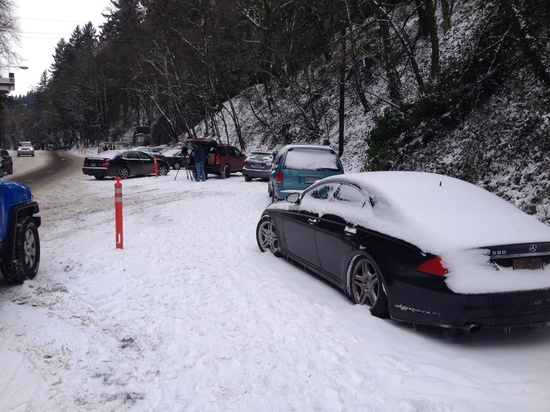