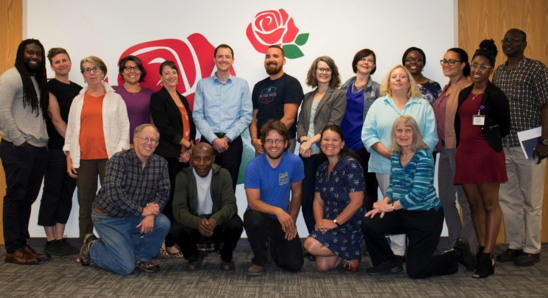 The Committee is a dynamic, volunteer group, comprised mainly of leaders representing a range of interests and voices impacted by transportation decisions, including community groups, neighborhoods, businesses, labor union, advocacy groups and traditionally underserved communities in Portland. The group is charged with the task of informing PBOT’s annual transportation budget and providing sound recommendations to the PBOT Director.

Committee members also took actionable steps, resulting in positive outcomes. In March, for instance, at the transportation budget workshop session, BBAC members asked the City to build staff capacity, provide additional funds and resources to support the City’s Vision Zero plans and refrain from making cuts to the ADA sidewalk repair program. The BBAC’s message was very well received by City Commissioners and echoed by many stakeholders during the budget deliberation process.

Committee Co-Chairs Reflect on a Year of Leadership 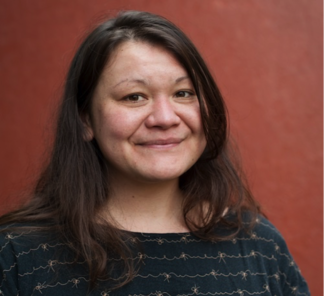 How would you describe the PBOT Bureau and Budget Advisory Committee to someone you are meeting for the first time?

The BBAC is a committee of various community members who advise the Bureau on its budget. While our main responsibility is to write a letter to the commissioners expressing thoughts on the proposed upcoming budget, we also hear presentations on various projects and policy issues. We are able to express concerns and give perspectives that might not otherwise be considered. We are also often asked to attend community outreach events and to encourage our own communities to engage with these events.

As a Portland resident, what has been the most meaningful part of serving on the BBAC?

My experience on the BBAC has been very educational. I have spent much of my time deep diving into all the various funding buckets and where and how they are spent on Portland's transportation. My leadership role is largely one of facilitation. It is my responsibility to ensure that committee members feel supported in expressing their concerns and that we have productive meetings. The most meaningful part of serving on the BBAC for me personally is the ability to get to know the people who are working on the projects directly affecting my community. I am able to share the access I have to staff with others who cannot attend the BBAC meetings. There are so many voices which want to be included and heard. It's great to feel like you are helping facilitate conversations that wouldn't normally be able to happen.

What were some of the recurring themes that featured prominently at BBAC meetings during the past year?

The prevailing themes of BBAC meetings include equity and safety. There is a general agreement that certain areas of Portland have been historically overlooked while planning for transportation development. We try to see everything through the lens of "who are we not considering in these proposals". Will this project or change in policy further us in our Vision Zero strategy? What were some of the recurring themes that featured prominently at BBAC meetings during the past year?

What are the most important leadership lessons you learned as the co-chair of the PBOT Bureau and Budget Advisory Committee?

I've learned the importance of teamwork and the value of solid preparation for meetings. We have a planning meeting before each committee meeting where we go over the agenda in detail. I'm grateful to PBOT staff for their organization and readiness to supply committee members with pertinent documents related to agenda topics before the meetings. I also value my co-chair, who's facilitation skills helped make even the thorniest of topics productive conversations.

Momoko Saunders is the Operations Director for BIKETOWN, Portland’s bike share system. She is on the board of the non-profit Bike Farm, which she co-founded in 2007. Momoko is also an active volunteer for App Camp for Girls and Board member of the Portland Society. 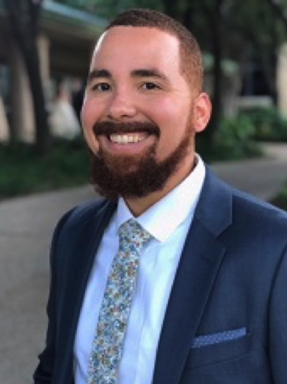 How would you describe the PBOT Bureau and Budget Advisory Committee to someone you are meeting for the first time?

BBAC is a group of community members, PBOT staff and leadership, and transportation advocates providing guidance and oversight for the bureau. The group discuss upcoming projects, policy issues, budget guidance and community concerns. It's really an eclectic group of folks who are passionate about transportation and a desire for Portland to have not only the best, but also the safest multi-modal system in the country.

As a Portland resident, what has been the most meaningful part of serving on the BBAC?

I've had the amazing opportunity to meet and connect with so many amazing folks from the transportation community. Being able to learn, grow and challenge some of my own assumptions and perspectives while refining my leadership abilities has been one of the experiences most valuable to me this past year. I've really enjoyed getting to understand projects from a broad prospective and seeing all the hard work from PBOT staff and leadership that goes into our transportation system. I've been blown away by how committed and professional both BBAC members and PBOT staff been throughout my time serving.

What were the recurring themes that featured prominently at BBAC meetings during the past year?

I think there were a couple recurring themes that came up throughout the year, but especially during budget discussions. Equity was a big theme that came up throughout the year with a strong desire to see it frame all the work at PBOT. Ensuring the benefits of upcoming infrastructure investments reach our MWESB sector and communities of East Portland were key. Realizing Vision Zero and safe complete streets are a pretty big deal to the BBAC.  Making sure our sidewalks are ADA compliant throughout the city was another area of focus for members this year. A particular issue that was important during the budget session was the preservation of PBOT jobs within the street cleaning program and seeing that happen was pretty fun.

What are the most important leadership lessons you learned as the co-chair of the PBOT Bureau and Budget Advisory Committee?

For me, I would say that active listening, group facilitation and working as a team were pretty big lessons I learned as co-chair this year. I really have to thank my co-chair, PBOT staff, and fellow BBAC members for all their support this past year. Without them, there is no way this year could have gone as smooth and successful as it did. I would also like to thank Leah Treat for all her direction and guidance over the past few years at the bureau and setting it up for continued success in the future.

Tony Lamb has a master's in Urban and Regional Planning and Graduate Certificate in Real Estate Development from Portland State University. He formerly served as the Director of Economic Development for The Rosewood Initiative in East Portland. He has volunteered with the Urban League of Portland, East Portland Action Plan and PBOT's Transportation System Plan Expert Group. 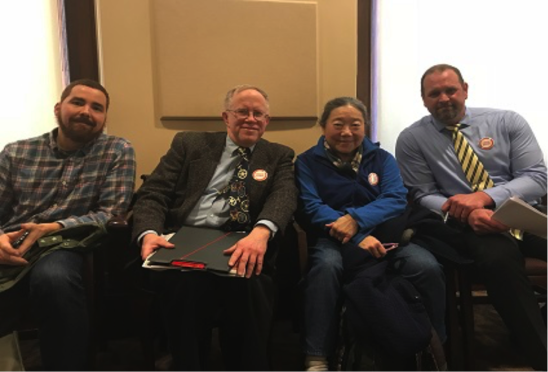 The PBOT Bureau and Budget Advisory Committee is currently on a short break for two months, from August to September 2018, and will reconvene in September.