(July 31, 2018) This past May, PBOT and Multnomah County Library, with support from Metro, invited students living in Multnomah County to design bike lane art for Portland’s “Bike to Books” Bike Month coloring contest. The contest was open to students from Pre-Kindergarten to 12th grade. For years Portlanders have enjoyed the smile-inducing bike lane art designed by PBOT’s striping crews. The designs, which are usually created by crew members, can be found in bike lanes and on neighborhood greenways across the city. The Bike to Books Coloring contest asked students to come up with their own original bike lane art that they would like to see in Portland's bike lanes.

Coloring pages were available for pick up at all Multnomah County Library branches (click here for locations) or downloaded online. Contestants were required to drop off their entry at a library branch in person in order to be entered into the contest. Approximately 450 entries were submitted from students across Multnomah County. This June, PBOT and Multnomah County Library staff reviewed entries and named the first (including a tie for first place for two Pre-K to 2nd grade entries), second and third place winners of each age division as well as honorable mentions from each group.

The winning artwork is as follows: 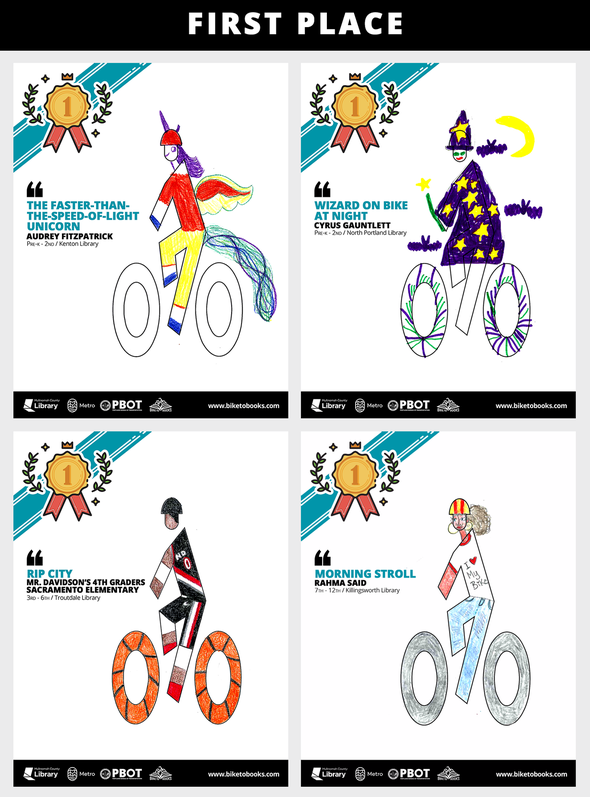 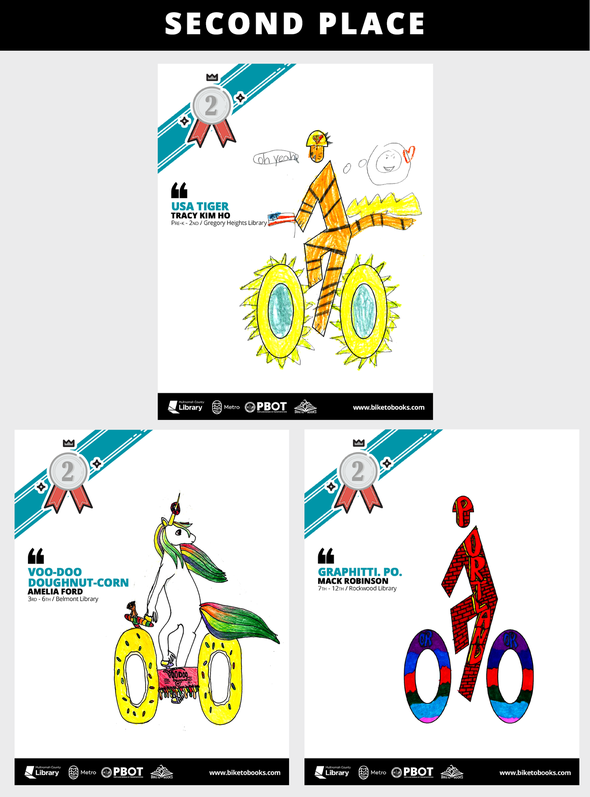 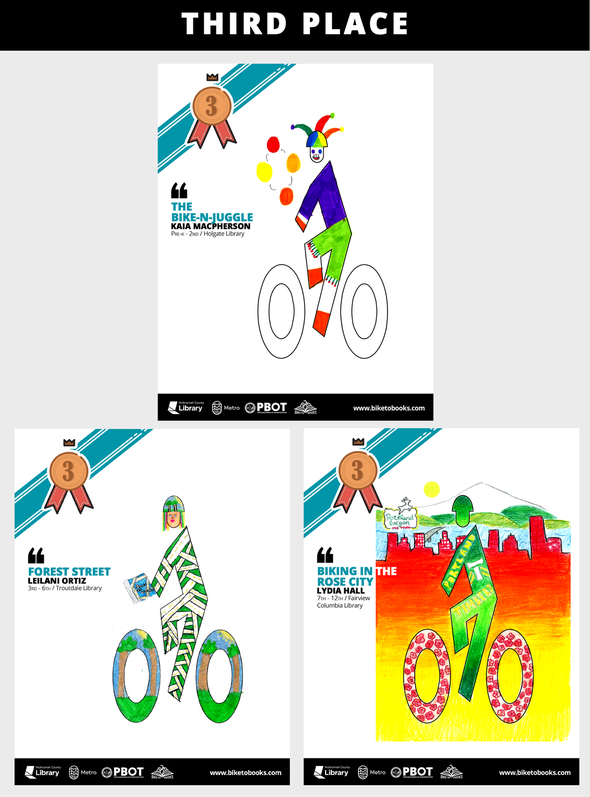 New to the program this year, is an award ceremony at Portland City Hall on August 7 at 2:30 p.m. where winners of the Bike to Books Coloring Contest will be presented with a certificate of participation from the City of Portland Transportation Commissioner Dan Saltzman and the Multnomah County Director of Libraries Vailey Oehlke. This event will also mark the beginning of a two-week gallery showing of all the winning artwork in the City Hall atrium that will be open to the public through August 17, 2018. The public is invited to join us as we celebrate the creativity of Portland’s young artists and their contribution to our city.

The first place winning art will be installed on four bike lanes by the Portland Bureau of Transportation's striping crews later this summer. Second prize winners each received four full-day passes to the Lumberyard Bike Park (including rental bikes and safety equipment if needed) and third prize winners won a bike helmet of their choice from Portland-based Nutcase Helmets.

In addition to the coloring contest, every person who biked to a Multnomah County Library branch during Bike Month received a free bike light provided by Metro. Special Bike Storytimes for young readers were also offered at numerous library branches across the county.

Thanks to everyone who participated in Bike Month 2018! We can’t wait to see what’s in store for 2019.