(Dec. 21, 2018) – The Portland Bureau of Transportation and Portland Police Bureau will conduct a crosswalk safety education and enforcement action on Wednesday, Dec. 26, at the marked crossing on West Burnside Street at Northwest 20th Place from noon to 1:30 p.m. to raise awareness of pedestrian safety and Oregon traffic laws. PBOT also reminds Portlanders to watch for people walking at all hours of the day or night and encourages people to think about how they plan to get home before they leave to attend a New Year’s Eve party or other holiday event.

The crossing on West Burnside Street at NW 20th Place has marked crosswalks and signage but no signals or flashing beacons.  The intersection is scheduled to have a full traffic signal installed in the future and has an anticipated installation date of 2021.

This intersection is the 11th worst intersection for pedestrians on the Vision Zero High Crash Intersection List that examines intersections with the highest numbers of reported collisions for people walking and biking in the five‐year period from January 2012 through December 2016.

Crash data from 2007 through 2016 indicate 14 crashes occurred at this intersection with 10 of the crashes involving people walking (7 moderate injuries, 3 minor injuries).

East and West Burnside is a high crash network street, where a total of 85 fatal and serious injury crashes occurred in 2007-16, the most recent 10-year period for which data are available.

People driving can do their part by having more patience, driving at or below the posted speed, continuously scanning the environment looking for people walking and bicycling, and being ready to stop as needed.

Education and enforcement actions such as the Dec. 26 event are a key part of the City of Portland’s citywide effort to achieve, Vision Zero, the goal of eliminating all traffic fatalities and serious injuries.

PBOT encourages everyone who use West Burnside Street when walking, biking and driving this holiday season to choose wisely when traveling after consuming alcohol and/or drugs.  PBOT is working with taxis, transportation network companies, Police and bar owners to offer reduced-cost rides home on targeted holidays with the goal of preventing people from driving under the influence. 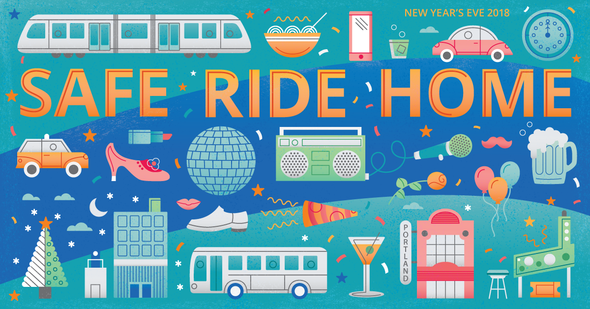 See more details and spread the word with our Facebook event page! 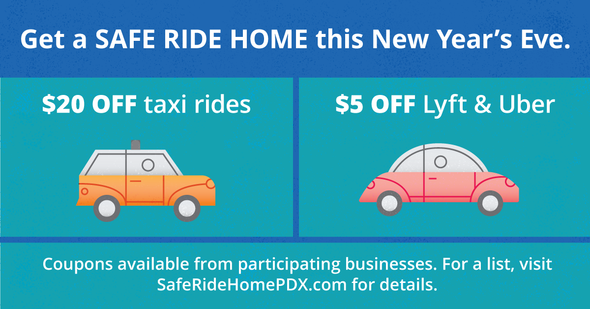 Learn more about rights and responsibilities for crossing streets in Oregon (in English; Espanol); and view the results of previous actions.

For more information about Vision Zero, or to request a community briefing or enforcement action in your area, email VisionZero@portlandoregon.gov or call Matt Ferris-Smith, program specialist, at 503-823-5831.