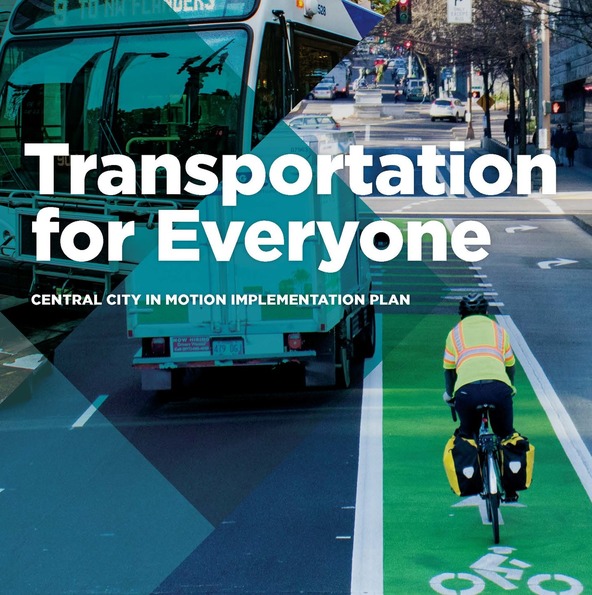 The cultural and economic hub for the state, Portland’s central city is growing rapidly. By 2035, the central city’s population is projected to triple and the number of jobs will increase by 40 percent. The area is already home to a dense mix of housing, including a significant percentage of the city’s affordable housing. As the Central City and its economy grows, more and more people are using its streets, sidewalks and transit systems. Central City in Motion (CCIM) is PBOT’s plan for strategic investments to accommodate more people on Central City streets. Like parallel projects in other parts of the city—including East Portland in Motion and Southwest in Motion—Central City in Motion identifies and prioritizes investments in the Central City transportation network. The 18 projects identified in Central City in Motion are designed to make transit faster and more reliable, biking safer and more convenient, and ensure pedestrian crossings are safe and accessible.

The Working Group will advise the project team and Bureau Director on the following:

Applications are due Thursday, March 21, 2019. The application and eligibility requirements can be viewed here.