(March 25, 2019) – The Portland Bureau of Transportation and Portland Police Bureau will conduct a crosswalk safety education and enforcement action on Wednesday, March 27, at the marked crossing on Southeast Powell Boulevard at Southeast 54th Avenue from noon to 1:30 p.m. to raise awareness of pedestrian safety and Oregon traffic laws. PBOT also reminds Portlanders to watch for people walking at all hours of the day or night. 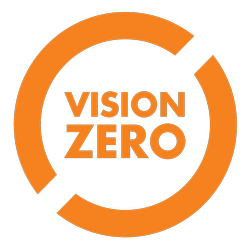 People walking legally in Portland and hit by a person driving who fails to stop for them, is the number one cause of pedestrian crashes resulting in death and serious injury. People driving can do their part by having more patience, driving at or below the posted speed, continuously scanning the environment looking for people walking and bicycling, and being ready to stop as needed. 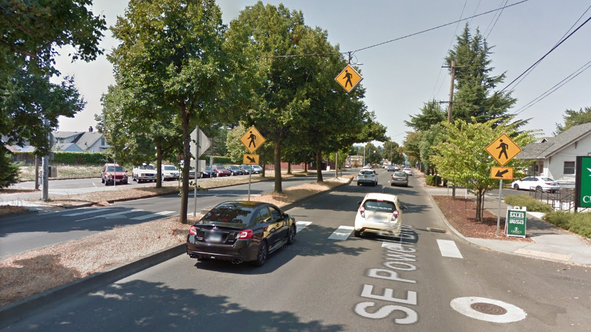 Education and enforcement actions such as the March 27 event are a key part of the City of Portland’s citywide effort to achieve, Vision Zero, the goal of eliminating all traffic fatalities and serious injuries.

Each crosswalk education and enforcement action involves a designated pedestrian crossing at a marked or unmarked crosswalk while police monitor how people driving, bicycling and walking adhere to traffic safety laws. Drivers who fail to stop for pedestrians in the crosswalk and pedestrians who fail to follow Oregon traffic laws may be issued a warning or citation. A Portland Bureau of Transportation staff member will serve as the designated pedestrian crossing the street during Wednesday’s action.

Learn more about rights and responsibilities for crossing streets in Oregon (in English; Español); and view the results of previous actions.