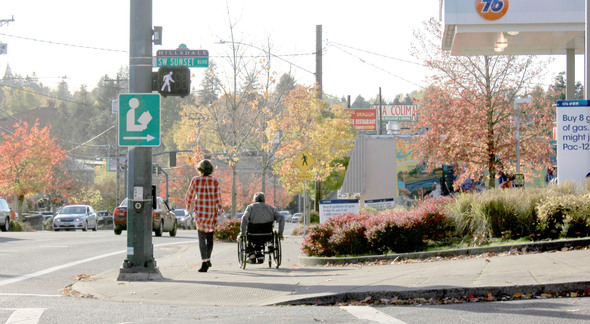 (April 17, 2019) The public review draft of Southwest in Motion (SWIM) is out! Like the Portland Bureau of Transportation’s (PBOT) other plans for active transportation, such as East Portland in Motion and Central City in Motion, SWIM is a realistic short-term action plan that identifies and prioritizes walking and biking projects for Southwest Portland. The public review draft of SWIM and an accompanying survey will be open for six weeks, through Friday, May 24. 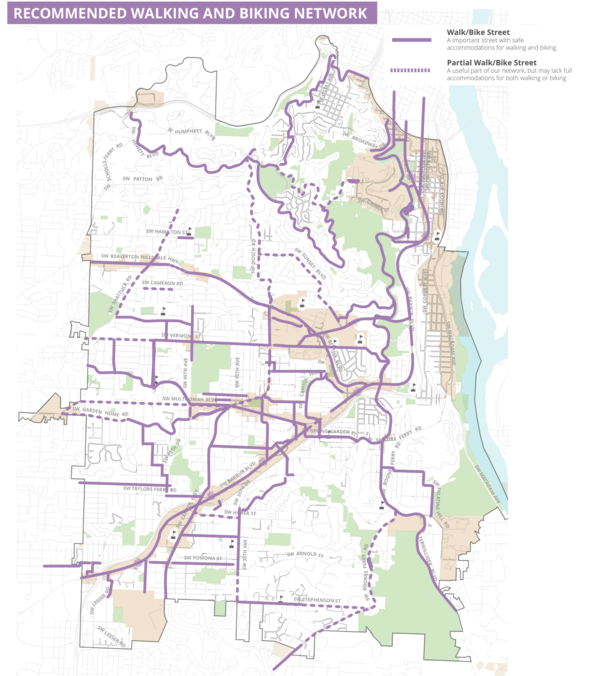 The recommended walking and biking network for Southwest Portland that was developed as part of the Southwest in Motion planning process.

Ready to dig in? View the public review draft of Southwest in Motion, check out specific project details and descriptions from Appendix A, then take a quick survey and tell us what you think. Your feedback will be used to help further refine the SWIM Plan before it is shared with City Council. The City Council date for the final draft plan is not yet set.