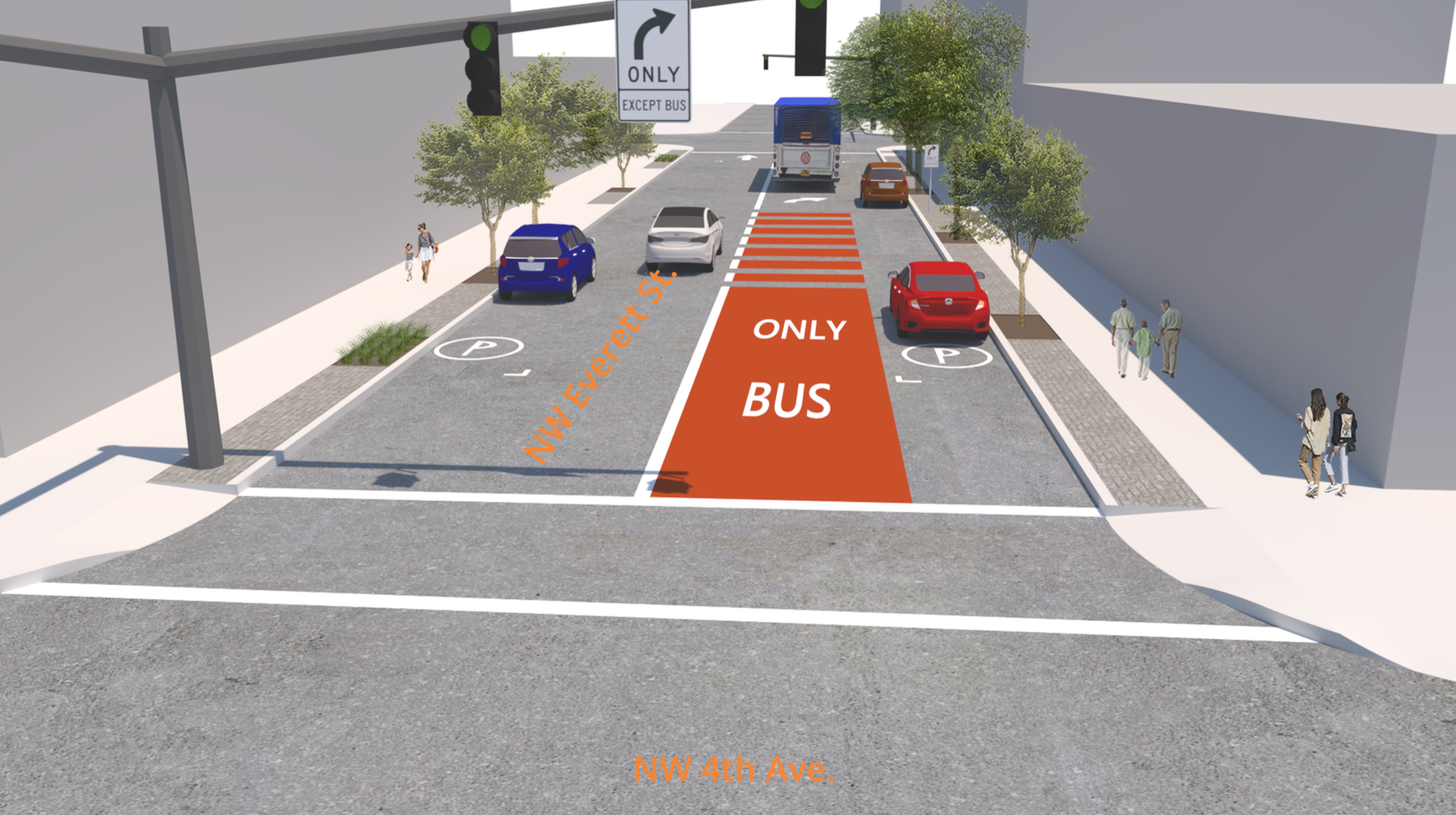 During the Central City in Motion planning process, the critical role of approaches to our Willamette River bridges was a reoccurring theme. During the busiest commuting hours, everyone, regardless of how they travel, needs to use these streets to cross the river.

The NW Everett Bus Lane project will improve transit reliability and access to the Rose Quarter by creating a Bus and Turn (BAT) lane approaching the Steel Bridge. The new bus lane will replace one of the existing travel lanes on NW Everett and run from NW Broadway to the ramp up onto the Steel Bridge. The project will also close the ramp from southbound Naito to the Steel. This will improve transit reliability and access to the Rose Quarter, benefitting Portlanders who ride TriMet  lines 77, 4, 44, 35, 8 and 16. Data from TriMet shows that buses travel less than 5 mph approaching the Steel Bridge in the evening weekday commute. As shown in the above rendering, parking will be maintained on both sides of the street, and drivers seeking to turn right can do so from the BAT lane.

The project is part of a series of improvements PBOT is making in partnership with TriMet across the city. PBOT is currently awaiting FHWA approval to pilot red painted lanes commonly associated with transit lanes and will be strategically adding the red paint to further distinguish the BAT lane in the future.