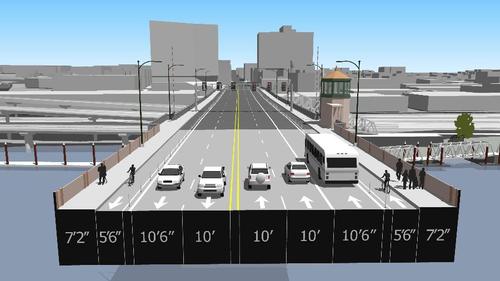 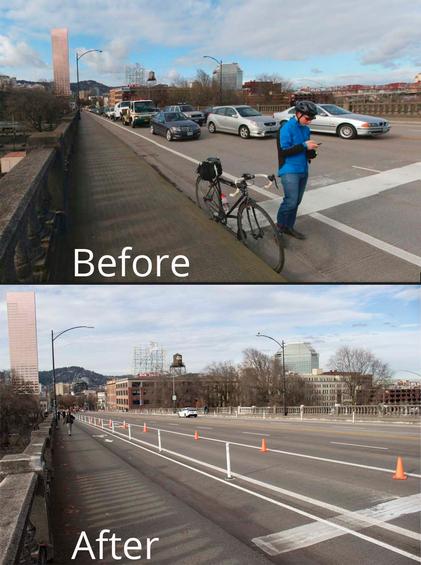 During the Central City in Motion planning process, the critical role of approaches to our Willamette River bridges was a reoccurring theme. During the busiest commuting hours, everyone, regardless of how they travel, needs to use these streets to cross the river.

This new bus lane runs eastbound across the bridge, starting at W 2nd Avenue and extends to 12th Avenue on the eastside. The new bus lane will benefit the thousands of Portlanders who travel on TriMet lines 12, 19, and 20. Additionally, protected bike lanes were added in both directions for more comfortable cycling across the bridge.

The project is part of a series of improvements PBOT is making in partnership with TriMet across the city. PBOT is currently awaiting FHWA approval to pilot red painted lanes commonly associated with transit lanes and will be strategically adding the red paint to further distinguish the BAT lane in the future.