(June 6, 2019) PBOT's Fixing Our Streets program broke ground on a major new sidewalk project in East Portland today. The $1.7 million project will build over 3000 feet of new sidewalk (the equivalent of 15 downtown city blocks) on the east side of NE 148th from NE Halsey Street to NE Glisan Street. 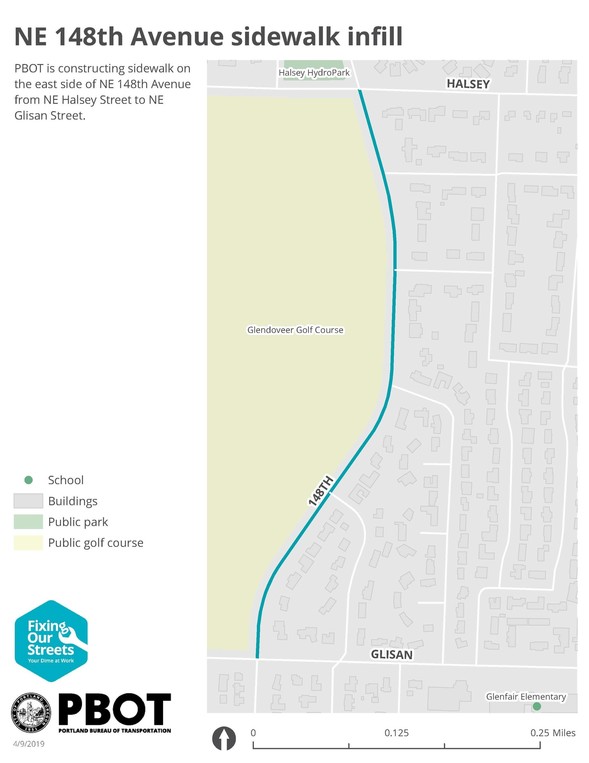 The project will fill existing gaps in the sidewalk, creating a contiguous sidewalk along this important street. Nine corner ramps and fifteen driveways will also be updated during construction to bring them up to current ADA standards. Thanks to the Fixing Our Streets funding, Portlanders will have an easier and safer time reaching Halsey HydroPark, Glenfair Elementary and the TriMet bus stops on Halsey and Glisan. The project will be finished by winter 2019.

The NE 148th project is one of the final two sidewalk projects funded by Fixing Our Streets. The other project -- SW Capitol Highway from Multnomah Village to West Portland -- will start in the fall.

By the end of 2019, Portlanders will enjoy 48 new blocks of sidewalks, thanks to Fixing Our Streets.

Last year, Fixing Our Streets funded projects that closed critical sidewalk gaps in other parts of East Portland, including along SE Flavel Street, NE 102nd Avenue and SE 112th Avenue. By closing the gaps between existing sidewalks, the projects created a full 2.25 miles of streets in East Portland with complete sidewalks on both sides on the street. The result is safer access for neighborhood residents to schools, public transit and work.

All three projects were identified in the East Portland in Motion plan as having strong community support but remained unfunded until voters approved Measure 26-173, which created the Fixing Our Streets Program. 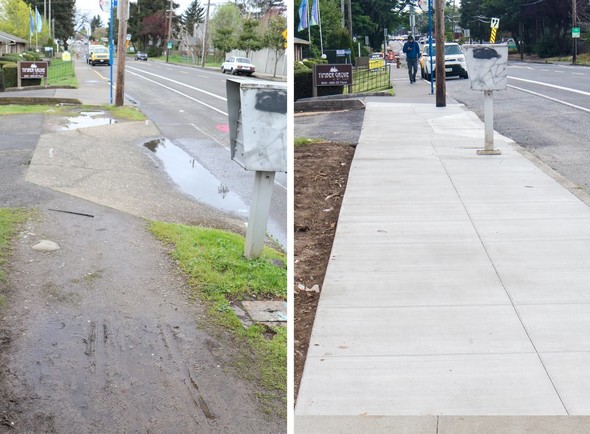 The voter-approved Fixing Our Streets Program has built sidewalks on busy streets, improving access to bus stops like this one on SE Flavel Street in the Lents neighborhood. Photo by Portland Bureau of Transportation. 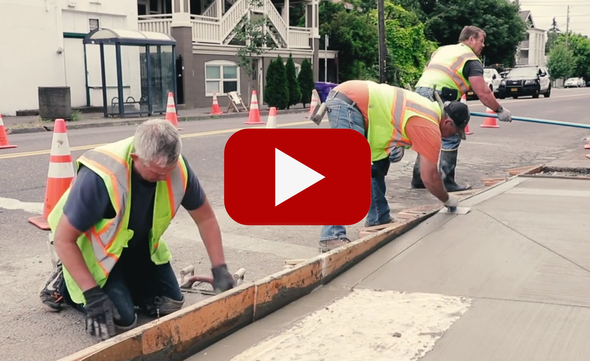