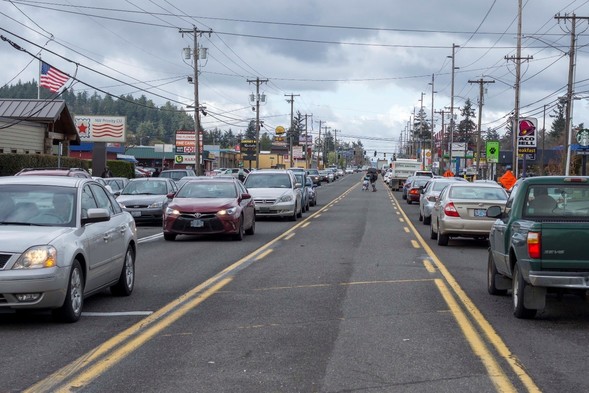 The EPASS project is developing a strategy for addressing safety issues on some of the most dangerous streets in Portland, while also planning for a growing city. East Portland is home to many major streets with the highest and deadliest rate of crashes for pedestrians, bicycle riders, and vehicle drivers alike. These major streets are wider, faster and tend to carry more traffic, while also being used by a mix of travel types. 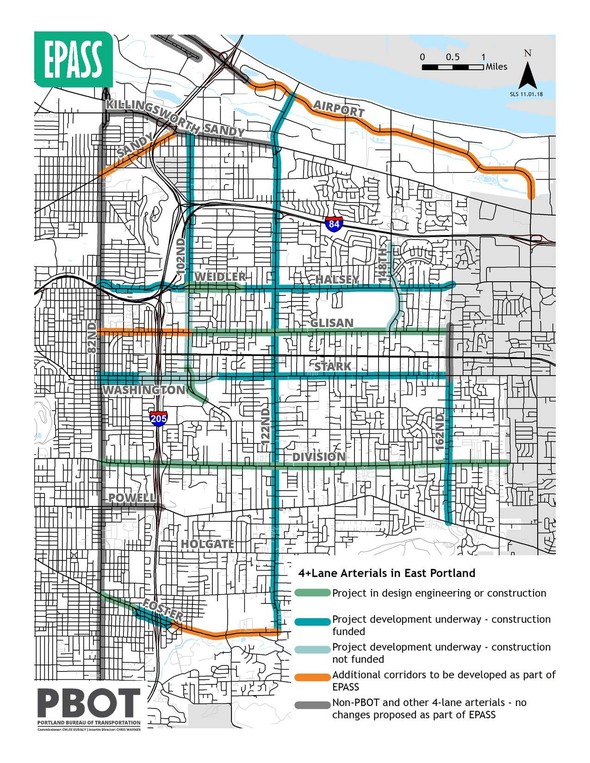 The EPASS network includes all streets owned by the City that have four or more vehicle lanes between 82nd Avenue and the eastern City limits. Nine out of the eleven roadways in the network are part of Portland’s identified High Crash Network. EPASS will use a safe systems approach that focuses on street design and safety improvements to reduce fatal and life-altering injury crashes. The improvement projects will use tools that not only reduce the most life-altering crashes and fatalities, but minimize risk for all people on the street, particularly when they are moving at different speeds.

The EPASS project is also analyzing how people get around in East Portland by taking a comprehensive look at all existing and planned capital projects on the network. This ensures that we are planning our projects while being mindful of the impacts and benefits they have to the whole transportation system. The project is will look at how changes to some major streets in the network impact other streets, including neighborhood streets. In addition to changes to driving, the team will also look at how changes to the street could make walking, using transit, or riding a bicycle safer and more convenient for those traveling in East Portland.

To learn more about the project, visit our website at www.portlandoregon.gov/transportation/epass to find materials and sign up to receive project updates. You can share your priorities and concerns by participating in the online survey at https://www.surveymonkey.com/r/EPASSopinionsurvey until July 15th.