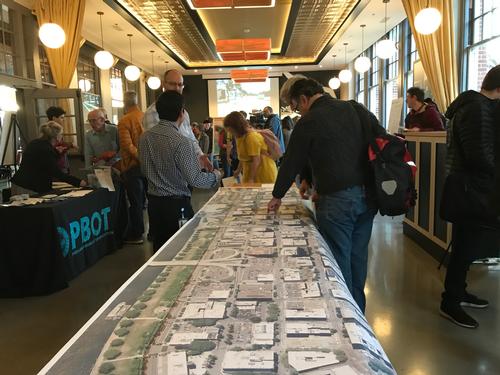 The Portland Bureau of Transportation engaged 200+ Portlanders at three open houses on 13 projects in spring 2020.

Thanks for joining us in spring for our CCIM Open Houses!

In spring 2020, the Portland Bureau of Transportation hosted a series of three open houses. Focused on Central City in Motion projects, the open houses featured 13 capital improvement projects and initiatives. SE Hawthorne/Madison, MLK/Grand, and SW Jefferson generated the most comments from the public.

PBOT staff engaged over 200 Portlanders at the open houses and engaged several thousands through event promotion. By far, open house attendees were those who work (67%), shop (64%), and live (44%) in the Central City. Several noted that they also went to the Central City for entertainment and to attend church.