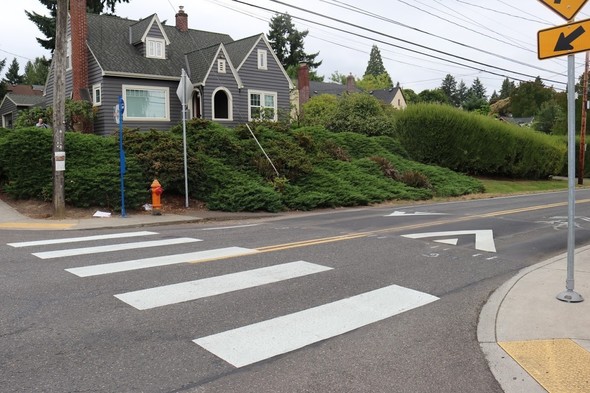 (Sept. 5, 2019) In the next few weeks, families will have had time to adjust to their routine for the new school year. Many will discover their walk or roll to school is a lot safer than it was at the end of the last school year because of 12 Safe Routes to School projects that were constructed over the summer.

These projects are just some of the total 88 Safe Routes to School projects identified and funded by the Portland Bureau of Transportation (PBOT) through Fixing Our Streets, a voter-approved 10-cent gas tax for fixing our streets and making them safer. Fixing Our Streets was the first local funding source in the city’s history dedicated exclusively to the city’s transportation needs.

Why the focus on speed?

PBOT’s Safe Routes to School program has been conducting biannual travel surveys from families of Portland students for the last decade. These surveys aim to understand the kinds of barriers that exist for students which might keep them from walking or rolling to school. Year after year, the number one barrier listed by parents and guardians is “traffic safety.”

PBOT's Safe Routes to School team frequently hears from concerned school staff, community members, and families about dangerous driver behaviors on their routes to school, particularly speeding and a failure to stop for people crossing the street at crosswalks.

Many students in Southwest Portland walk or roll along narrow streets without sidewalks. PBOT installs speed bumps and cushions to make people driving slow down and follow the speed limit. Research shows that family-friendly roadways that feel safe and comfortable attract new riders, providing Portland families with more options to get to and from school. 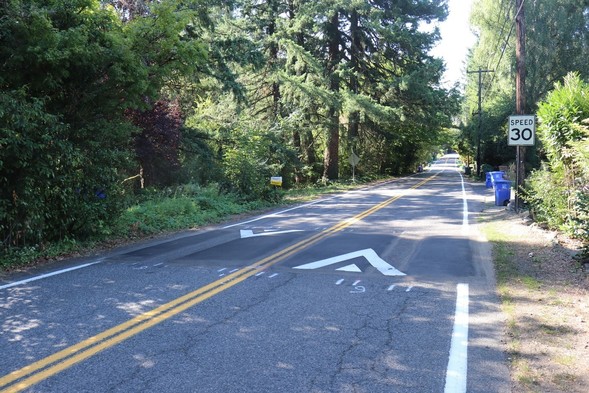 An emergency vehicle-friendly speed cushion on SW Shattuck Road. Photo by the Portland Bureau of Transportation.

Even families that live close enough to walk or roll to school may choose to take a car because of dangerous intersections and crossings along their route. Crossing safety was a top concern families reported to PBOT during the community outreach stage of planning these improvements.

Over the summer, PBOT has installed and is improving these crossings: 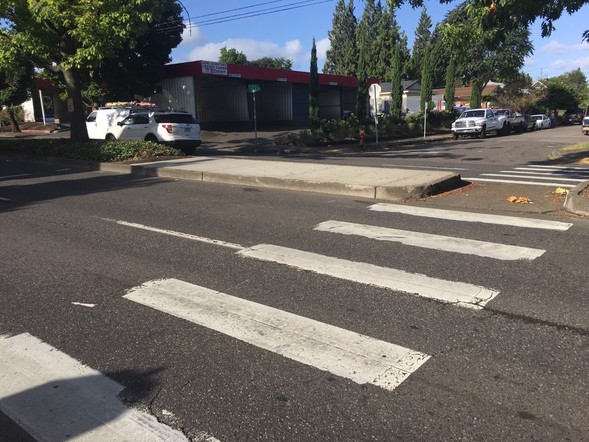 How were projects chosen?

In 2016, PBOT’s Safe Routes to School team embarked on an extensive planning process to identify projects Portland families needed to get to school safely. PBOT staff and volunteers categorized and mapped six years of school travel data to capture comments from over 3,000 parents and guardians and understand what safety improvements they wanted to see. Safe Routes staff attended over 60 meetings and events with parents and guardians, school staff, parent leadership, and culturally specific parent groups.

PBOT identified over 1,200 projects through this process. With feedback from school communities, a Stakeholder Advisory Committee and the Fixing Our Streets Oversight Committee, the list was narrowed to a priority list of 88 projects. The Safe Routes team verified the routes and projects with each school before moving forward and gaining approval for these 88 projects from City Council in June 2018. 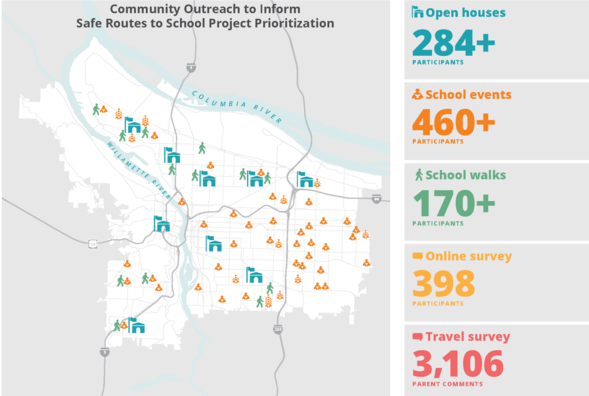 The full prioritized list PBOT generated from this process will help with the implementation of these 88 as well as any future projects as new funding becomes available.

More Safe Routes to School projects on the way

PBOT will be hard at work constructing more Safe Routes to School projects through the end of construction season. Families will continue to see improvements to their route to school thanks to Fixing Our Streets.

Here are the Safe Routes projects PBOT expects to complete by the end of 2019:

You can find the map, details on projects, routes, and more information about the planning process at SafeRoutesProjects.com