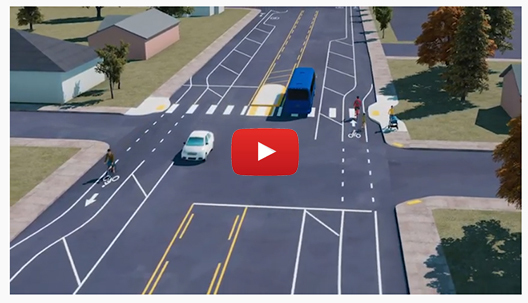 Watch a new video that explains the benefits of reconfiguring our major arterial streets for all Portlanders.

(Oct. 10, 2019) Designing roads for safety—especially on major streets known as arterials—has been a historic challenge for cities across the country. Portland arterials make up just 8% of city streets, but nearly 60% of the city’s traffic deaths and serious injuries. That is why the Portland Bureau of Transportation (PBOT) places such a high priority on arterials. PBOT knows that reducing speed on these roads, among other improvements, is key to making these streets safer and reducing the likelihood (and severity) of crashes.

Watch a new video that shows how we're redesigning streets for the benefit of all Portlanders: 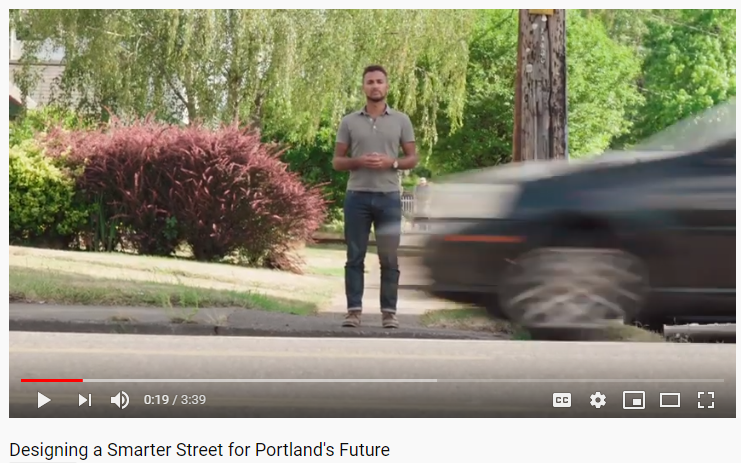 Our roads and what's been built up around them has changed significantly over the last half century, but so have people’s habits and the transportation options they have. PBOT’s new designs for arterials reflect this growth and these changes, ensuring arterials work for everyone, with reconfigured lanes, safer pedestrian crossings, new places for people to bike, and better access to frequent transit service to help all Portlanders get where they need to go safely and efficiently. 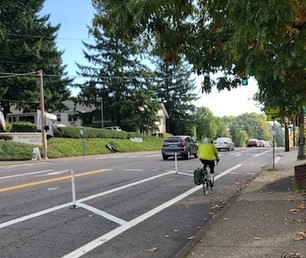 Recent updates to SW Capitol Highway from Huber Street to SW 49th Avenue and Kerr Parkway have already earned praise from community members, including Shawn Garnett, Principal of Markham Elementary School, saying, "I had some reservations at first, thinking it could end up being a traffic jam nightmare in the mornings and afternoons with all the school buses, pedestrians, and cars. The changes made in front of Markham are the BEST ever for students and everyone else’s safety. This has been a LONG time coming, but it has finally come. The changes respect the lives of children and adults. The reduction to two lanes on Capitol Highway in just that small stretch emphasizes the importance of people’s safety, especially in front of a school. This makes it so much easier for our safety patrol students to do their jobs and helps me to breathe easier. I could not be happier with the new configuration."

Another reason PBOT prioritizes safety on arterials is because of who we know is most affected by traffic violence. The following populations all have a disproportionately higher risk of suffering a life-altering injury on Portland streets:

Our city policies guide us to ensure all Portlanders have access to safe streets and that no single group is disproportionately impacted by traffic violence. A life-altering injury or fatality every other month is simply unacceptable. No one wants to come home to news that a family member was rushed to the hospital due to a car crash.

More information about our Vision Zero efforts to reduce and eliminate life altering and fatal crashes can be found here: www.visionzeroportland.com

Based on the feedback of Portland residents, PBOT has launched an initiative called the East Portland Arterial Street Strategy. With this initiative, PBOT is seeking a holistic approach to making East Portland arterial streets safer while also planning for the travel demands of the future.

This means that each arterial may require a different approach or design. Reconfiguring lanes, as we have done on corridors like SE Foster Road and NE Glisan Street, is one of many tools in PBOT’s toolbox to improve safety, but it may not be the right fit for every arterial.

We encourage your feedback on these and other initiatives as we continue to work on making East Portland safer. Thank you for your suggestions.