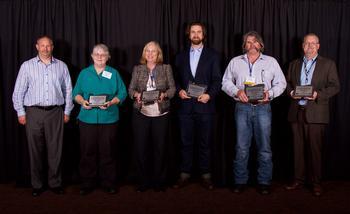 Staff from the Portland Water Bureau, MWH, and Hoffman Construction
accepted the award at an annual banquet.

The awards program began more than 30 years ago and continues today as a way to recognize concrete projects at the forefront of innovation and technology and showcase projects to inspire excellence in concrete design and construction. 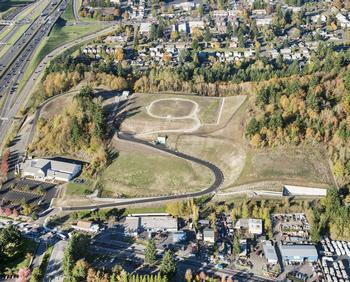 To construct the underground reservoir, basin, vaults, valve structures, and concrete encase all water pipes in and out of the facility, 16,000 cubic yards of high-strength concrete (3-5K PSI) was brought and poured onsite. Concrete placement for the structures and piping was required within a maximum of 60 minutes from the time of batch. 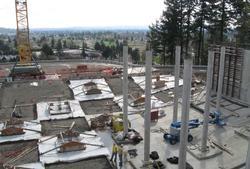 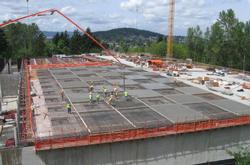 The reservoir’s floor and roof, each consisting of 266 20-feet by 20-feet squares, were poured in a checkerboard pattern in order to provide each square 14-days of continuously flowing water cure. The support columns also required a 7-day continuous flow water cure achieved with burlap and an elaborate network of piping and drip sprinklers. 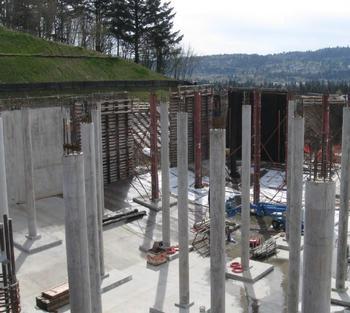 The new underground reservoir consists of a 394 X 296 foot floor and roof, five walls, and 252 support columns. The reservoir has two cells, each with capacity to store 12.5-million-gallons of water. The cells were strategically built to operate independently, allowing for easy cleaning, inspection, and maintenance.

The reservoir currently serves all of east Portland and will be a stopover for water supplied to the Washington Park reservoir and southwest Portland area water storage tanks.

The Water Bureau was also honored in 2015 with an EIC Award for the Forest Park Low Tank project which included the construction of a below ground 1.3 million gallon water storage tank and a 1,408 square foot pump station in NW Portland.

For additional information about the project, visit www.portlandoregon.gov/water/KellyButte. 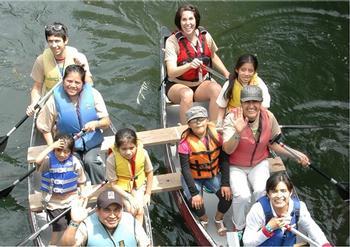 The Water Bureau sponsors Explorando because our water system relies in part on groundwater wells deep below the Columbia Slough Watershed. Family festivals like Explorando present a great opportunity to talk with Portlanders about where their drinking water comes from and how they can help protect it. 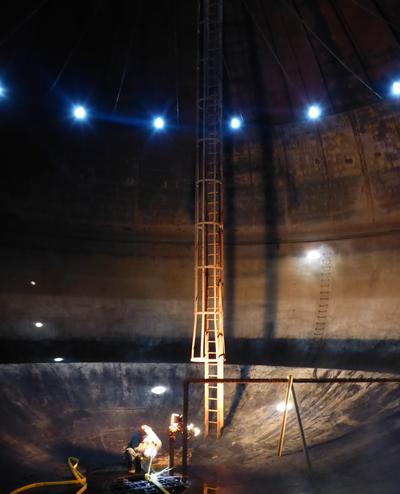 In April, Portland Water Bureau industrial painters climbed up 84-feet to reach the interior of the Denver Tank. Once inside, the painters carefully hand-lifted all of their equipment through the tank’s 84-foot intake pipe.

With the support of operating engineers, the painters then cleaned the interior of the tank as part of Operation’s Periodic Maintenance Program. 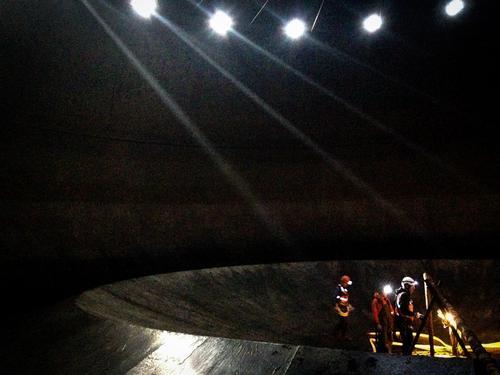 The team of painters and operating engineers were also joined by additional engineers who assessed the condition of the tank's coatings, structures, and safety equipment. 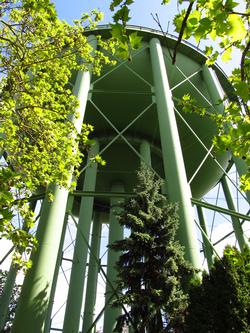 The Denver Tank has two concentric rings of columns and a center column. 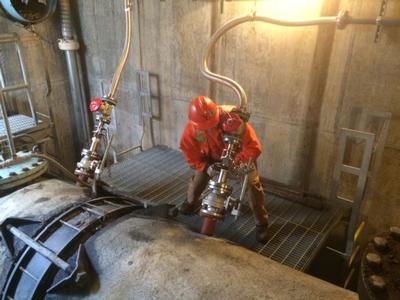 During the groundwater off season, Operating Engineers Eric and Jasmine (not shown in photo) removed the old PVC injectors and installed new stainless retractable injectors.

During the 2015 groundwater augmentation run, one of the hypochlorite injectors used to treat the Well Field water before entering our distribution system unexpectedly failed. This caused a temporary shutdown of the chemical injection in order to make an emergency repair.

Special thanks to Groundwater Operating Engineers Eric and Jasmine for preparing the Groundwater Pump Station for the next run! 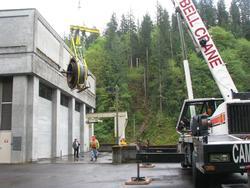 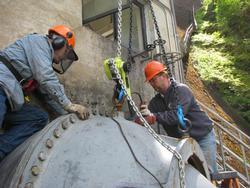 In May 2015, the 8,000-pound Needle Valve #1 was removed from the face of Dam 1 in the Watershed for refurbishing. This past April, Sandy River Station crew members successfully reinstalled the new and improved needle valve, now ready for use during the 2016 summer supply season. 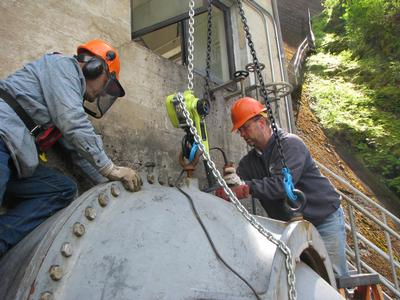 Removing the needle valve was no small task. It required using a crane on the dam to lower the valve it to a barge below where it was transferred to shore. A large crane then pulled the valve off the barge to dry land where it was worked on. 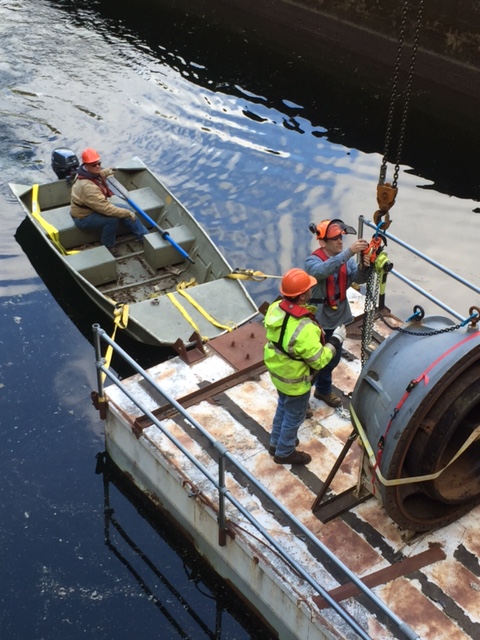 A big thanks to the capable and efficient Sandy River Station crew!