The approved Type IV LUR application proposed the removal of the Weir Building (screen house), portions of lower Reservoir 4’s basin, and upper Reservoir 3’s basin in Washington Park. The gatehouses, dams, and other historic features will be protected and restored. 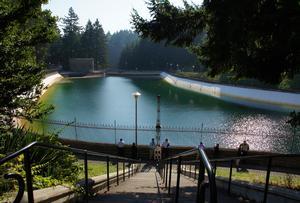 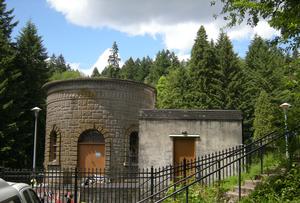 The Type IV LUR application is part of the Water Bureau’s Washington Park Reservoir Improvements Project, proposing to build a new below-ground reservoir in the same general footprint as the existing upper Reservoir 3, with a reflecting pool on top. 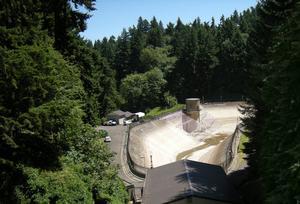 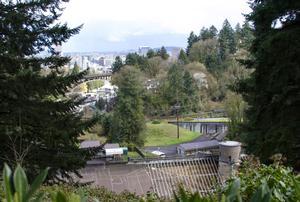 The lower Reservoir 4 will be disconnected from the public drinking water system and a lowland habitat area/bioswale and a reflecting pool will be constructed in the basin. Much of the Reservoir 4 basin and the slope to the west are needed to provide landslide abatement; the slope will be restored to its pre-reservoir condition.

The new below-ground reservoir in the place of Reservoir 3 will be constructed so that it is outside of the moving edge of the landslide, which will help protect it from damage.

The LUR package will propose the construction of a new covered reservoir, reflecting pools, lowland habitat area/bioswale, walkways, and historic preservation and rehabilitation actions. The second LUR application process will also include public comment periods and public hearings to ensure public notification and the opportunity to comment before a final land use decision is rendered.

Before work permits are issued or any construction begins, the Type III LUR application package must be approved.

The LUR applications are a result of a robust public involvement process that included multiple public open houses, nine Community Sounding Board meetings that guided design for the required visible features of a new reservoir in Washington Park, five public meetings before the Historic Landmarks Commission, and three City Council hearings.

Additional Information & Contacts
For detailed project information, visit the project webpage or contact Water Bureau Public Information staff at 503-823-3028 or by e-mail. Visit the Bureau of Development Services’ website or call 503-823-7300 for more information on the land use review application process.