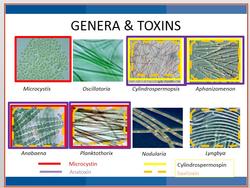 The workshop was led by Kim Linton from WaterRF and David Cornwell and Damon Roth from EE&T Inc., an environmental engineering consulting firm. The workshop was well attended by staff from the Water Bureau, Oregon Health Authority, and other Pacific Northwest utilities includes suppliers from Washington and Oregon, including those from Tacoma, Tualatin Valley, Lake Grove, Medford, Salem, Clackamas, and Washington County. 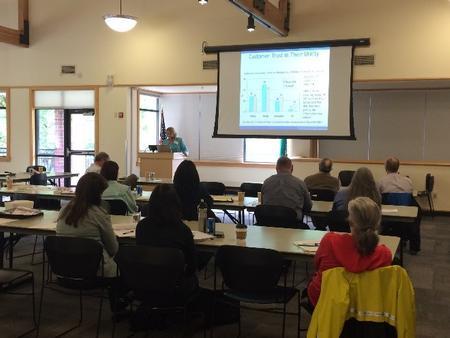 Participants attended presentations on the monitoring, treatment, and communication aspects of cyanotoxins and exchanged ideas with other water providers during group discussions.

Cyanobacteria blooms, often referred to as blue-green algae, can be a common occurrence in surface water often resulting in taste and odor episodes for utilities. However, these same organisms can produce cyanotoxins and may cause public concern.

Fortunately, the Water Bureau does not see elevated levels of cyanobacteria in the Bull Run reservoirs.

The issue gained media attention in August 2014 after more than 400,000 people were left without safe drinking water in Ohio and Michigan when the cyanotoxins levels caused a Do Not Drink Order during a Lake Erie algae bloom. The Environmental Protection Agency also recently released a public health advisory on the topic.