The survey reports results from the City Auditor’s annual survey of Portlanders, conducted to gather public perceptions of City services. The report, which marks the 25th year the survey has been conducted, includes survey details specific to each of Portland’s seven neighborhood areas and citywide data. It compares current survey responses with results from 2011 to show five-year trends.

Below are survey findings related to the Portland Water Bureau: 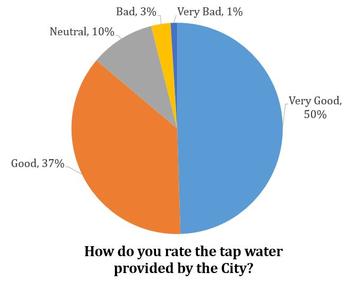 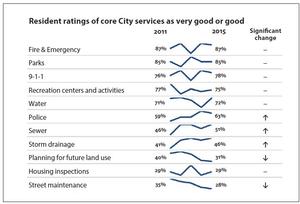