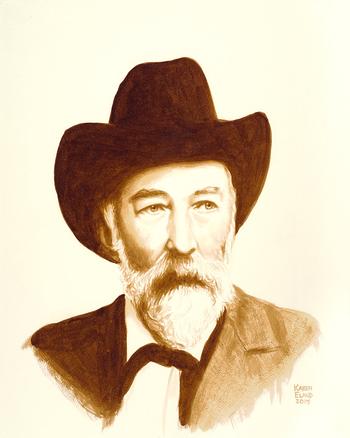 American artist Karen Eland has become quite famous for creating pictures with beer and coffee instead of paint.

A Peek at the Past: Colonel Isaac Smith
From 1885 to 1897, Smith served as the Chief Engineer of the Portland Water Bureau. In January 1886, at the request of the Portland Water Committee, Isaac Smith led a survey to discover a new water source for Portland. He designed and supervised the building of 24 miles of pipelines from the newly surveyed Bull Run Reservoir to Portland, construction of the Mt. Tabor and Washington Park reservoirs, and the upgrades to the city's mains and distribution pipes.