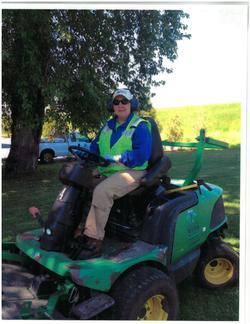 Nicki was a Seasonal Worker for the Water Bureau for seven years. She already had a commercial driver’s license and had been a Utility Worker II since 1996. Nicki worked in the field on a service truck for years before becoming a Mower Operator in our Grounds Department. 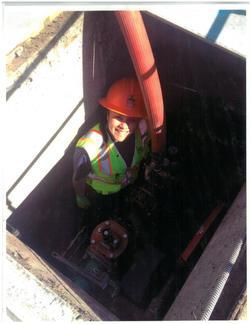 Jasmine is a lifelong coach. She volunteers as a volleyball coach and a coach for the Water Bureau. She donates her time at summer youth programs sponsored by the Water Bureau. She teaches CPR classes and is CPR certified. She also teaches about our water system to students at Clackamas Community College and other school groups she visits.

Jasmine was hired as an Apprentice Utility Worker II in 2004. After six months, she applied for the Meter Tech 1 and became Backflow Assembly Certified. She is now working as an Operating Engineer. Jasmine joined the Water tapping team in 2007 and became an American Water Works Association (AWWA) National Champion in 2008 for the Portland Water Bureau. 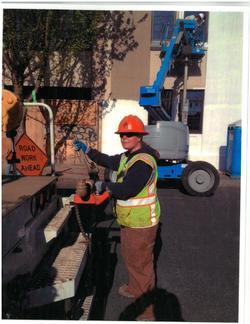 Lindsay used to work at a machine shop. She is currently a Utility Worker II, training to operate loaders and backhoes. She was hired in July 2012 and has her commercial driver’s license with an upgrade to drive dump trucks and be a Construction Equipment Operator. She heard about the Water Bureau’s apprentice program from the Women in Trades Career Fair.