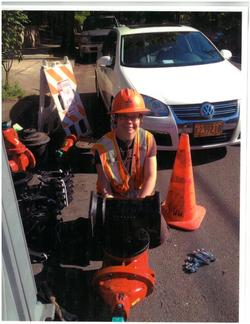 Sophie was hired in July 2012 as an Apprentice and successfully completed the program. She is now a Utility Worker II. She has a commercial driver’s license. She participated in the Water Bureau’s water main break event at the Women in Trades Career Fair in 2010, before applying for the Water Bureau’s apprentice program. 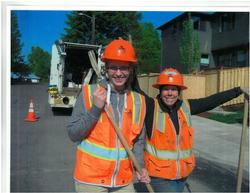 Annette was in school and worked for a cleaning company before being hired as a Utility Worker II Apprentice for the Portland Water Bureau in June 2014. She has a commercial driver’s license and is studying for Distribution 1 certification. Outside of work, Annette enjoys being active in the outdoors.

Su was hired in 2013 at the Portland Water Bureau. She began in the Utility Worker II Apprenticeship program and simultaneously applied for and received the Water Operation Mechanic Apprenticeship. Su is the owner of Ready Made Barricade Inc., a sign and striping company that opened in 1994. Her education includes a business degree from Portland State University.