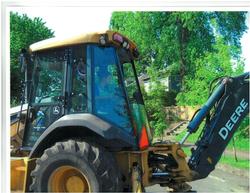 Shawna worked as a seasonal employee in 1997 for the Bureau of Maintenance. She has a commercial driver’s license and worked for Portland Parks as a seasonal worker in 1998. Then she became a Maintenance Worker on Mt. Tabor. She applied for the Utility Worker II position at the Water Bureau and was hired in 1999. She was a Utility Worker II for six years, working in the field and on a service truck. She was also upgraded to driving six- and 12-yard dump trucks, and operating backhoes. In 2003, Shawna applied to become a Construction Equipment Operator and currently holds that position. She joined the Water Bureau tapping team in 2007 and became an American Water Works Association (AWWA) National Champion in 2008 for the Portland Water Bureau. 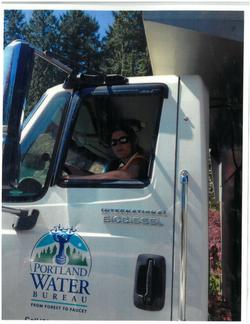 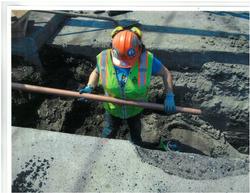