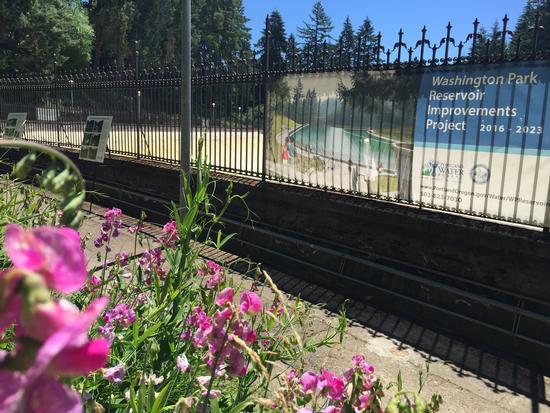 On June 25, close to 100 members of the community attended an event honoring the past, present, and future of the Washington Park Reservoirs. 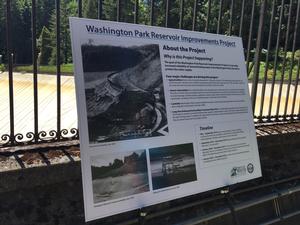 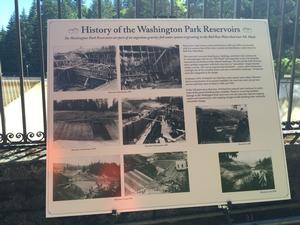 Attendees were treated to retrospective display boards celebrating the reservoir’s past, an opportunity to photograph the current reservoirs, guided walking tours around Reservoir 3, and a “toss a penny into the reservoir, make a wish” tribute for the future. 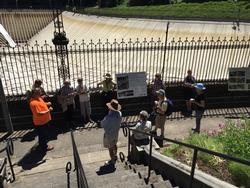 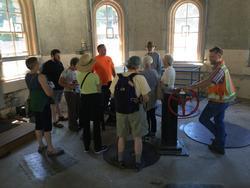 The event offered the community a chance to take a last look at Reservoir 3 and 4 before an eight-year construction project begins at the site.
The Past 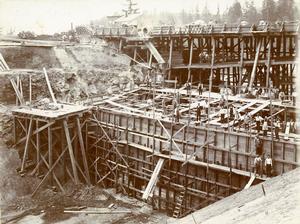 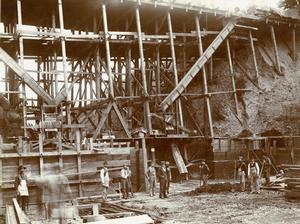 The reservoirs in Washington Park were constructed between 1893 and 1894, concurrently with the construction of the water conduit and distribution system from the Bull Run Watershed. 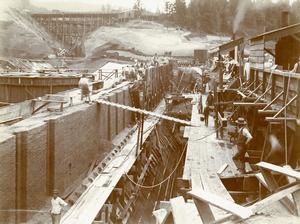 The reservoir’s concrete-lined basins, buildings, and dams were constructed in a Romanesque style for an “Old World” feel important to the City Beautiful movement’s idealization of the natural landscape. The site and the built elements were carefully integrated, with both reservoirs in “naturalistic” shapes situated within a ravine. This was an experiential destination ‐ a place where Portlanders could get out of the crowded streets and into a naturalistic landscape. Viewpoints were also integrated in the design.

In January 1895, Portland’s new Bull Run water system went online. However, due to the landslide the reservoirs were not put into service until they were re-lined in 1904 and 1905.

The Present
In the 120 years since that time, Portland has enjoyed (and continues to enjoy) some of the purest drinking water available. However, recurring landslide damage to the Washington Park reservoirs over the years has required ongoing repairs and maintenance, and ongoing changes in safe drinking water standards has necessitated change. 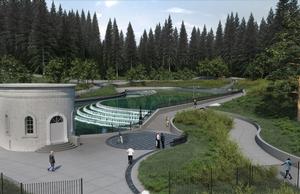 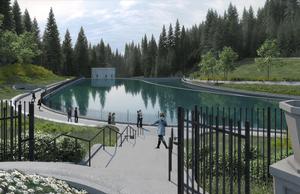 The project includes building a new, seismically reinforced below ground reservoir. The new reservoir will preserve the historic drinking water function provided by the original reservoirs at the site and be engineered to withstand ongoing landslide encroachment and potentially catastrophic effects of a major earthquake. A reflecting pool/water feature will be constructed on top in the same general footprint as the historical Reservoir 3. 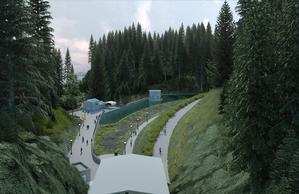 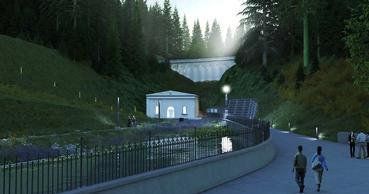 Reservoir 4 will be disconnected from the public drinking water system and a lowland wildlife habitat area, bioswale, and reflecting pool will be constructed in the basin.

When complete and online, the new underground reservoir will supply water to Portland’s west side and serve more than 360,000 people, including all downtown businesses and residents, 20 Portland public schools, three hospital complexes, more than 60 parks, and the Oregon Zoo.

The project is being driven by four major challenges:

For more information on the upcoming project, visit www.portlandoregon.gov/water/wpreservoirs.