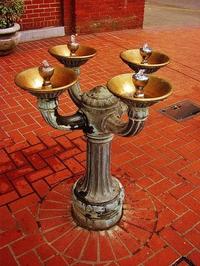 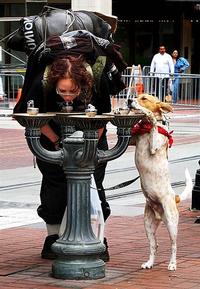 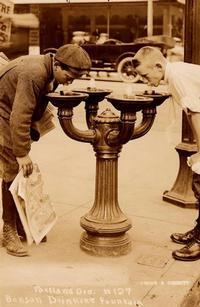 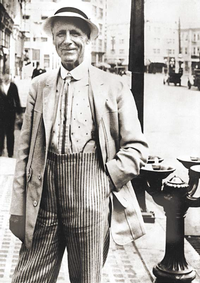 Portland is known for many things—coffee and bikes, beer and food carts. One of the most charming Portland legacies is the Benson Bubbler, the four-bowled drinking fountains found almost exclusively in Portland’s bustling downtown. Two origin stories compete for popularity. The first claims that Simon Benson, a local lumber baron, wanted to provide his workers with water as an alternative to beer during their lunch breaks. The second suggests that Benson once saw a little girl crying for lack of water on the Fourth of July, which lead him to make the donation of 20 bubblers to the City of Portland. Either way, Benson’s donation left us with one of Portland’s most iconic features.

As water becomes an increasingly sparse resource in some parts of the world, it is easy to forget how lucky we Portlanders are to have the Bull Run watershed to provide us with clean, fresh water and a secondary and high-quality source at the Columbia South Shore Well Field. Not only do the Benson Bubblers provide us with the opportunity to enjoy our water, but they also help to refresh our water, boosting the water quality. Next time you take a sip from one of Portland’s Benson Bubblers, take a moment to stop and appreciate Portland’s water plentiful supply and commitment as responsible stewards of our precious natural resource.