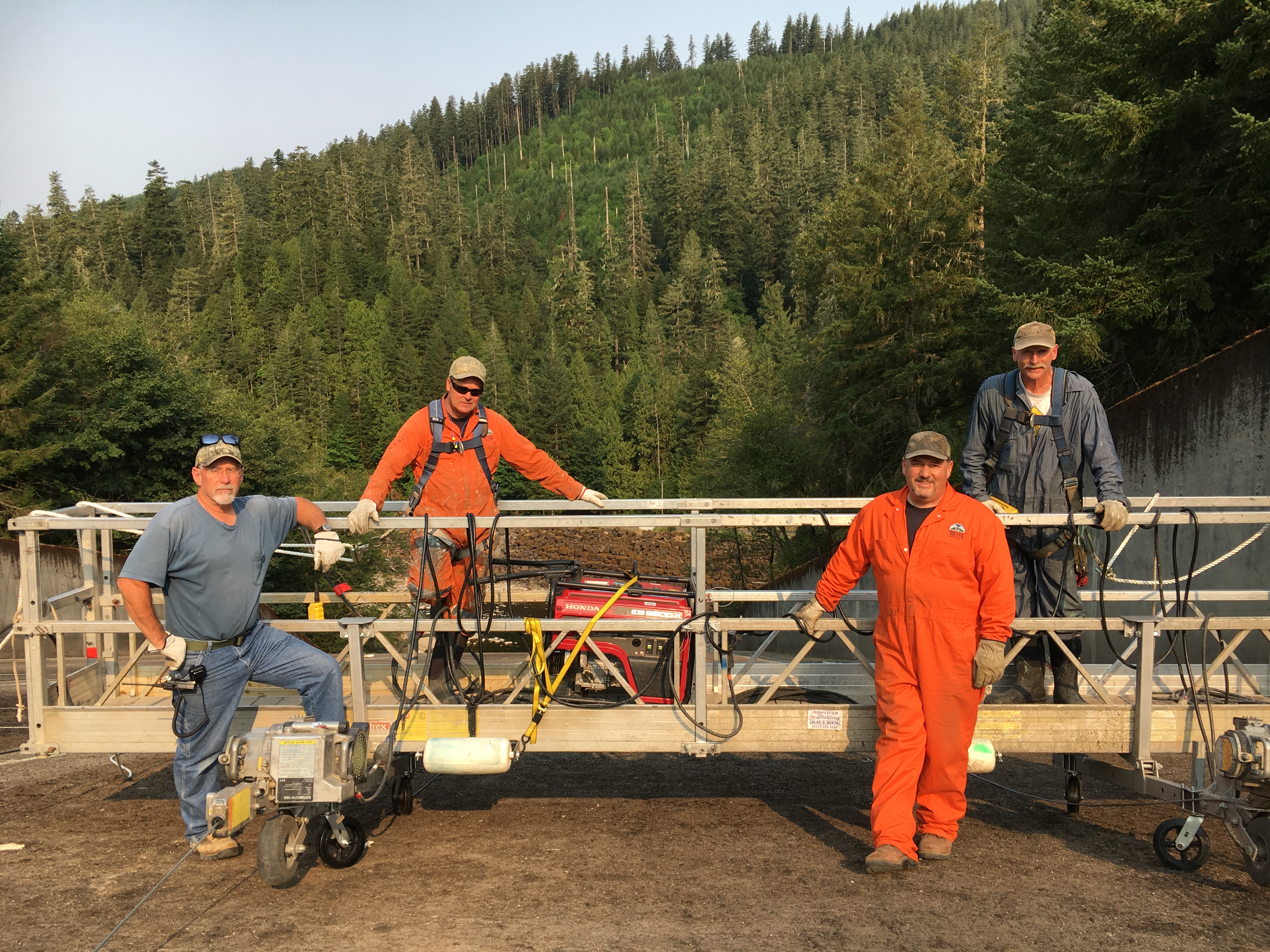 The Water Bureau industrial painting crew knows how to hustle.

A three-person team, the Water Bureau industrial painters are responsible for cleaning, painting, and maintaining a variety of critical Water Bureau infrastructure: water tanks, offline reservoirs, and dams and spillways inside the Bull Run Watershed. Basically, anything that sits above ground or in a vault and delivers water will get a visit from our industrial painting crew. 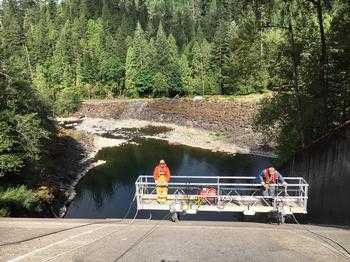 The Water Bureau painters’ most recent challenge was washing, repairing, and re-caulking the Dam 2 spillway. The Dam 2 spillway carries overflow water from Dam 2 downstream to the Bull Run River. Last year, the Water Bureau Operations workgroup developed a three-year plan to replace and repair the caulking that holds together the large concrete slabs that make up the spillway.

Then, early this year, the Oroville Dam incident occurred.

This well-reported incident prompted the Federal Energy Regulatory Commission (FERC), the federal agency responsible for overseeing the safety of our country’s dams, to increase inspection schedules for several spillways across the country, including the Water Bureau’s own Dam 2 spillway. After working alongside FERC officials to assess the repair plan, it was decided that—in light of the Oroville Dam incident, and due to the age of the Dam 2 spillway—the bureau would accelerate spillway re-caulking before the rainy winter months. 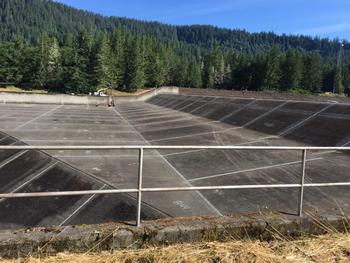 This schedule adjustment meant that the entire spillway would have to be washed, repaired, and re-caulked within one year, as opposed to the original three-year schedule.

Cue the scramble. Our industrial painters hustled throughout the summer, working through hot weather on even hotter concrete, with some days reaching more than 105 degrees.

The work involved pressure washing the spillway, removing the old caulking material, installing new foam backing to prevent caulk seepage, and caulking along the seam of the entire Dam 2 spillway.

The painting crew’s hustle paid off. They finished the repair work within two months. One full year ahead of schedule.