The Bull Run Watershed, located in the Sandy River basin 25 miles from downtown Portland, is the main drinking supply for the City of Portland and many of the surrounding communities in the greater metro area.

Most of the watershed has a temperate rain forest climate, dominated by coniferous species such as Douglas-fir, western hemlock, western red cedar, and Pacific silver fir. It’s also home to a bounty of wildlife and fish – from pika to bobcats and salmon to salamanders.

Some fish species that call the watershed home are icons of the Pacific Northwest, like steelhead and coho salmon. They’re also listed as threatened species under the federal Endangered Species Act. 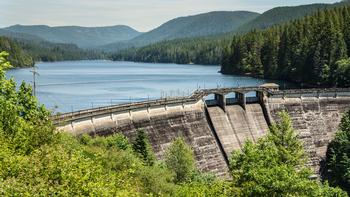 Man-made structures built in dense forest environments, like the Bull Run Watershed, can disrupt the natural life cycles of the animals that call the forest home.

It’s no surprise then that the operation of Portland’s water supply system in the Bull Run affects the fish that live in the rivers of Bull Run: steelhead, Chinook salmon, and coho salmon.

To ease the effects on these fish caused by the dams, we developed the Bull Run Water Supply Habitat Conservation Plan. This plan allows us to operate the dams, which maintain the water supply for almost a million people, while restoring habitat for threatened aquatic wildlife. We’re aiming for a win-win.

And, after years of restoring fish habitat, the numbers have started coming in: our conservation efforts are working. 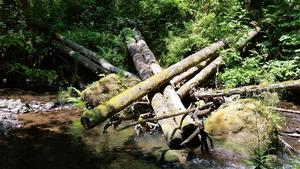 The Habitat Conservation Plan has the Water Bureau adjusting its usual water-supply activities to cool the river needed for threatened fish species, make sure there is enough water for fish, adding spawning gravel, and improving fish habitat throughout the Sandy River to offset habitat blocked by the dams.

Not only do fish need to get from one place to another, they need a safe space to spawn (read: lay eggs and make fish babies). So once per year, hundreds of tons of gravel are shot from the back of a truck into the Bull Run River.

The gravel settles into the river and creates vital spawning habitat for threatened fish. And the data show us that the surface area of gravel available to salmon and steelhead for spawning has more than tripled in the lower Bull Run River since we began adding it eight years ago. The water temperature in the river is also much cooler in the summer than it used to be.

And some fish numbers in the river are increasing. That’s great news, and a sign our efforts are paying off. Of course, we can’t claim full credit for this, because there are so many factors that affect fish numbers. But we’ve observed a definite increase in the number of steelhead juveniles (called smolts) leaving the Bull Run River for the ocean each year. 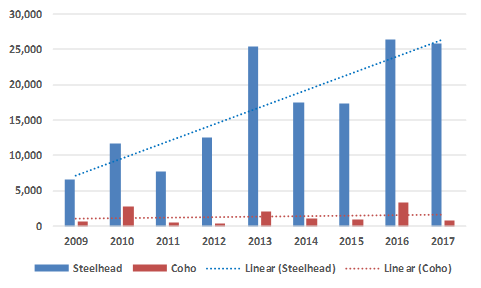 We’re also working with private landowners, Metro, and other regional organizations to provide access and to improve fish habitat throughout the Sandy River basin. 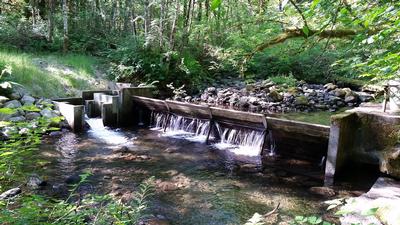 We’re also placing logs and rootwads into streams, which provide protective shelter for salmon and other aquatic wildlife. Juvenile salmon and steelhead find refuge in the pools under the large logs that are placed in the stream channels. And the data show us that fish habitat is starting to improve. Logjams are more common where the Water Bureau has worked, and they’re starting to collect more woody debris and allow gravel to settle in places where it used to get washed away. Restoring fish habitat is a slow process, so it could take many years before all of the Water Bureau’s objectives have been met.

What’s Next for Habitat Conservation in the Bull Run 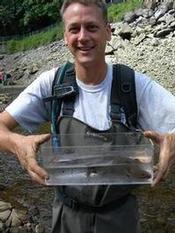 We still have plenty of work to do for the Habitat Conservation Plan.

Water supply operations will continue, but now our work will be done with a sharper eye towards minimizing impacts to fish and wildlife. Water temperatures and flow will be carefully managed and the lower Bull Run River will receive a dose of gravel every year, with some work still needing to be done to improve fish habitat in neighboring streams. And, of course, we will continue watching and measuring to be sure that the restoration benefits we’ve started will come to pass.