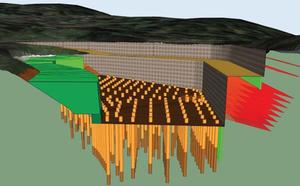 Illustration of the shafts being drilled to support the
new reservoir.

Drilling shafts, underway now, is a simple concept: dig a hole, drop some rebar in, and fill it with concrete. Crews on this project must do all this on a grand scale and meet exacting standards.

Each shaft has a specific diameter and depth unique to its exact location on the site. Some shafts are as narrow as three and a half feet, and others as wide as five feet. Depths vary as well with the deepest being at 100 feet.

Drilling the shafts requires an incredible degree of precision, it must be drilled straight down without cutting at an angle.

A post shared by Portland Water Bureau (@portlandwaterbureau) on Oct 4, 2018 at 3:11pm PDT

For each shaft, a rebar cage (weighing between 12,000 and 32,000 pounds) must be built to fit its dimensions and extended a determined distance above the shaft to allow for integration into the floor slab when built. The cages are built at the old Reservoir 4 site, transported over to the new reservoir site, raised by a crane to a vertical position, and then lowered into the drilled shaft. Each cage is equipped with centralizers that keep it centered in the hole.

Each shaft will require 15 to 45 cubic yards of concrete, meaning two to six concrete truck loads. Depending on the location of the shaft, trucks will either navigate their way to the bottom of the site or to a position on the ledge between the two retaining walls to deliver their load. The concrete will be pumped into the shaft using a tremie pipe which is pulled out of the hole as the concrete level rises.

The first tower crane began arriving, in sections, Monday, Sept. 24, and installation was complete Thursday, Sept. 27. Located adjacent to SW Sacajawea Blvd., the crane features a boom that can be moved, stowed, and operated at upward angles to avoid the surrounding trees. 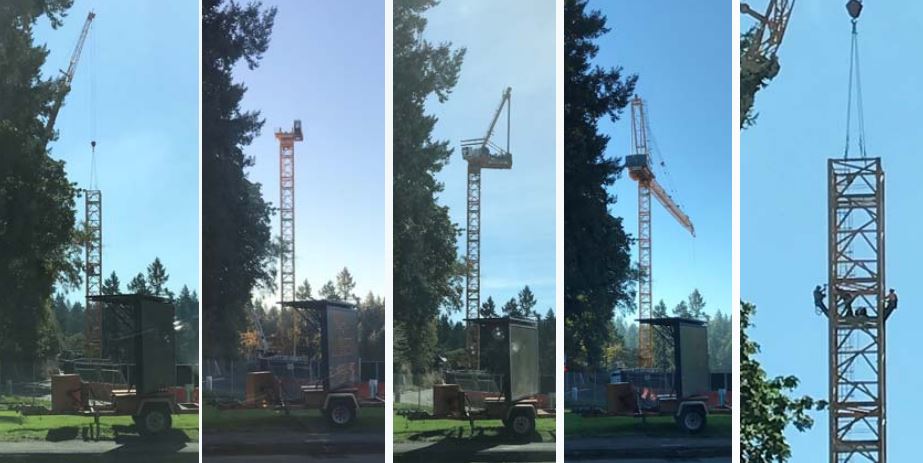 A four person team of steel workers constructed the tower crane, along with two assist crane operators and ground support.

The Portland Water Bureau is building a new 12.4‐million gallon, seismically reinforced underground reservoir within the footprint of the former Reservoir 3 (upper) with a reflection pool on top, while retaining the historic look and feel of the original. The new reservoir has been engineered to withstand ongoing landside encroachment and potentially catastrophic effects of a major earthquake. The new reservoir will supply water to Portland’s west side and serve 360,000 people, including all downtown businesses and residents, 20 schools, five hospital complexes, and more than 60 parks. This system of water conveyance and storage makes Portland a livable and thriving community, ensuring public health and economic viability.

The first phase of construction focused on reshaping the site. Now in the second phase, the focus will be building the new reservoir structure. 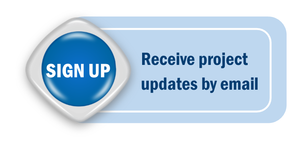 Over the next year, you can expect several changes to occur in the activity around the construction site.