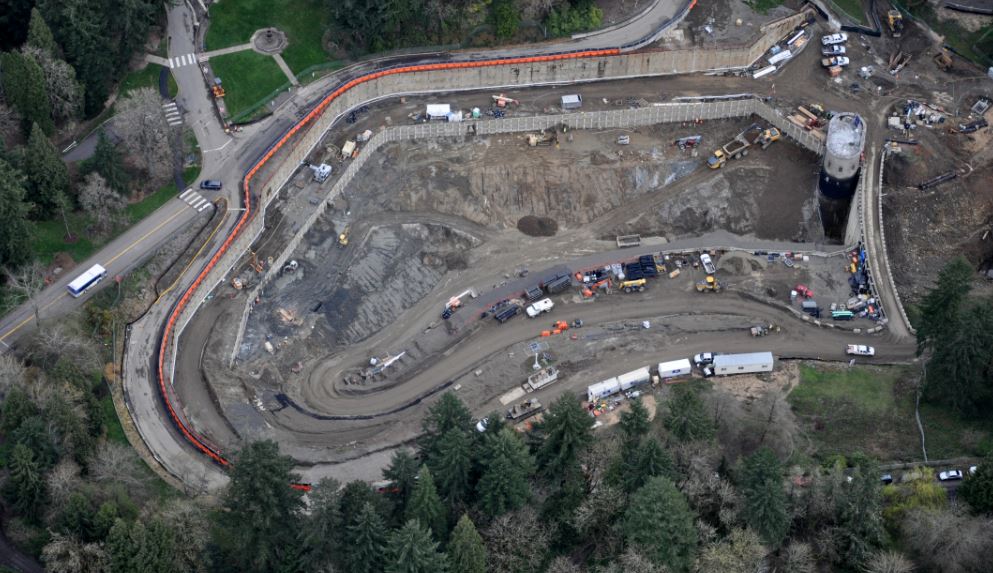 Over the last month, the Washington Park Reservoir Improvement Project has reached two milestones of pouring the first two foundation slabs and completing the last drilled shaft. We’ve also seen the removal of the two large cranes that have been operating on the bottom of Reservoir 3.

What’s next? Over the next few months, crews will continue to form and pour the remaining nine foundation slabs, install seismic foam, and install water and sewer pipes between Reservoirs 3 and 4. 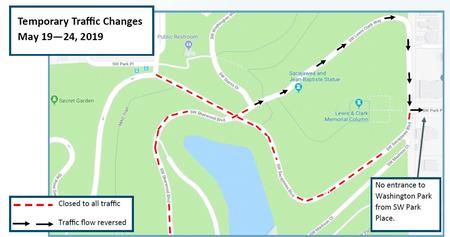 Another tower crane will be erected on-site the week of May 19. SW Sherwood and SW Sacajawea will be CLOSED to ALL TRAFFIC. Traffic on SW Lewis Clark Way will be reversed to allow vehicles to exit the park via SW Park Place.

The Portland Water Bureau is building a new 12.4-million gallon, seismically reinforced underground reservoir within the footprint of the former Reservoir 3. (upper) A new reflection pool on top of the reservoir will retain the historic look and feel of the original. The new reservoir has been engineered to withstand ongoing landside encroachment and potentially catastrophic effects of a major earthquake.
The new reservoir will supply water to Portland’s west side, serving approximately 360,000 people, including all downtown businesses and residents, 20 schools, five hospital complexes, and more than 60 parks. This system of water conveyance and storage makes Portland a livable and thriving community, ensuring public health and economic viability.

The first phase of construction focused on reshaping the site. Now in the second phase, the focus will be building the new reservoir structure.