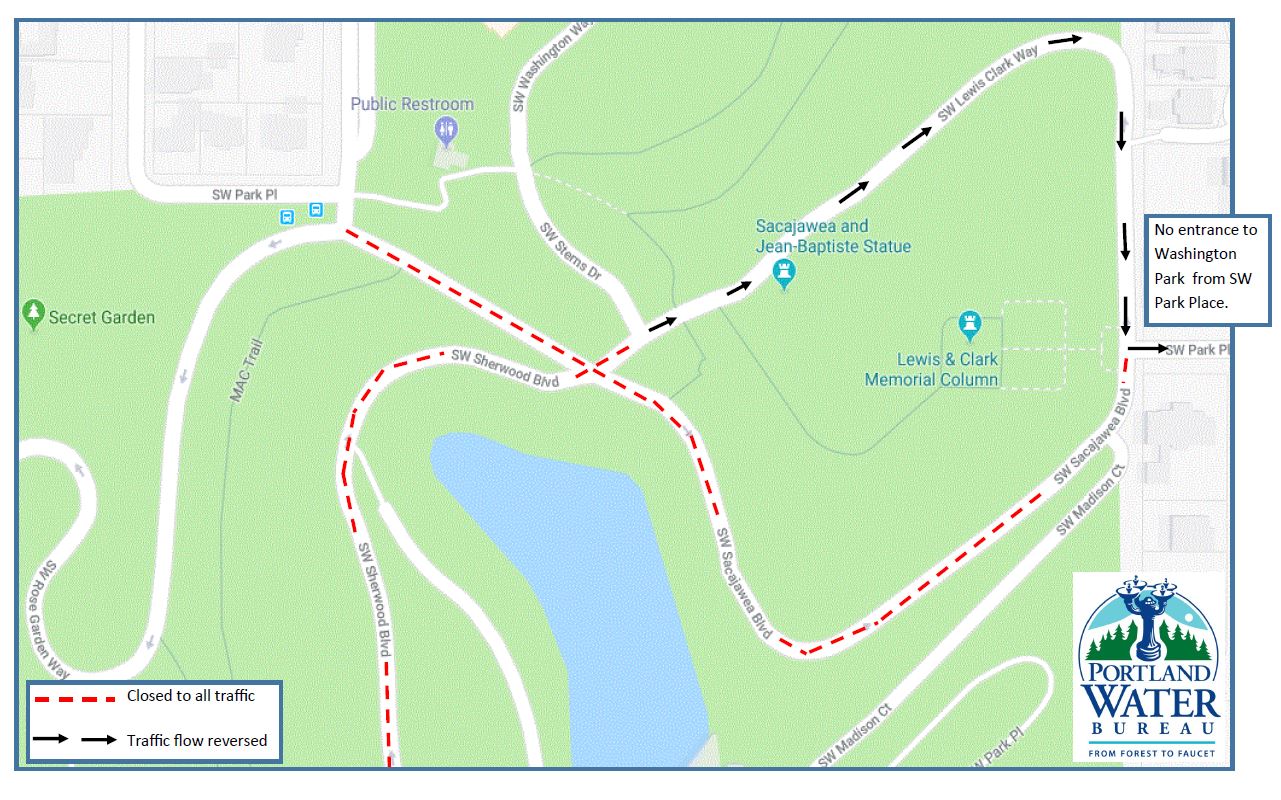 The Washington Park Reservoir Improvement Project will begin receiving deliveries of segments of a tower crane. Delivery will begin arriving at approximately 7 a.m. Monday, May 20 by tractor trailer via Southwest Tichner Drive to Southwest Kingston Avenue to Southwest Sherwood Boulevard to Southwest Sacajawea Boulevard. Trucks will exit the park via Southwest Lewis Clark Way. It will take more than a dozen deliveries to get all the segments delivered. During this week, the crane will be erected on site.

Local residents and visitors to the park should expect delays, watch for signs, plan extra time for trips, and consider alternate routes and modes of transportation to get to destinations.

The Portland Water Bureau’s Washington Park Reservoir Improvement Project will seismically strengthen key water infrastructure on Portland’s west side and help ensure a healthy, resilient, and secure water system. When complete and online, the new reservoir will supply water to Portland’s west side and serve more than 360,000 people, including all downtown businesses and residents, industrial customers, 20 schools, three hospital complexes, more than 60 parks, and some of Portland’s world class attractions. It will also provide fire suppression.