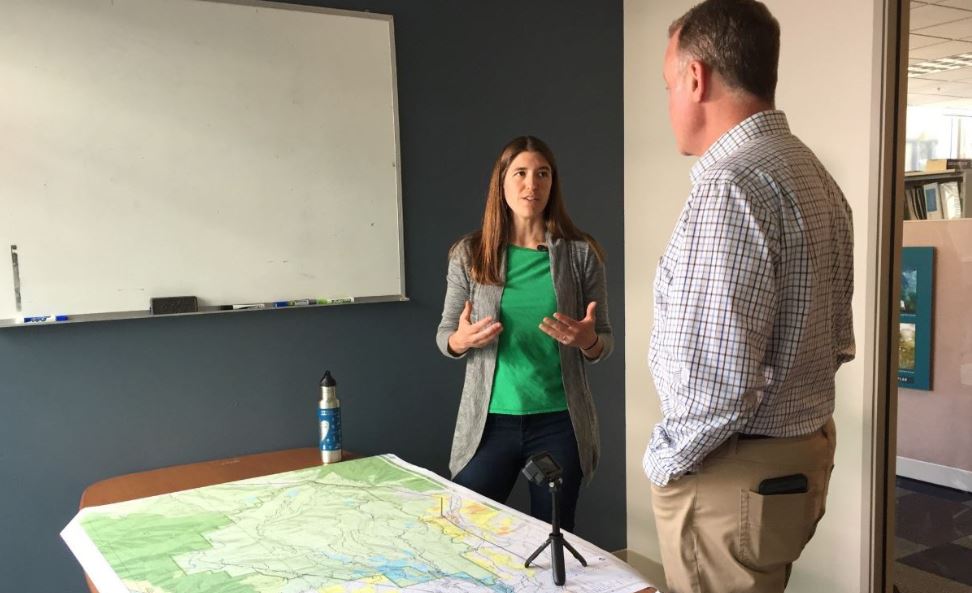 Liane Davis, Bull Run Watershed Protection Manager, speaks with reporter Pat Dooris about how we plan and are prepared for fire season with our partners.

One of the largest wildfires in the Columbia River Gorge, the Eagle Creek Fire, entered the outer geographical boundary of the Bull Run closure area in September 2017 before slowing and eventually being contained following a fortunate shift in weather.  Months of planning and detailed coordination between the bureau and partner agencies responsible for Bull Run fire protection helped to ensure the fire never reached the water supply drainage area or Portland’s drinking water reservoirs.

Critical to this work was communication and relationships, as fire crews were in constant contact with Water Bureau personnel to keep Portland’s drinking water supply safe. Bureau staff provided information to the U.S. Forest Service about the bureau’s protection priorities and watershed conditions, which helped fire managers develop a blueprint for deploying firefighters and other firefighting resources.

Throughout the year, the bureau works closely with the U.S. Forest Service—the primary agency in charge of Bull Run wildfire management—as well as the Oregon Department of Forestry and local fire departments, allowing cooperative development of a comprehensive Bull Run fire management plan.

The plan outlines bureau and agency roles, responsibilities, and strategies for fire prevention, detection, and suppression.

But with wildfire, there’s always more work to do. 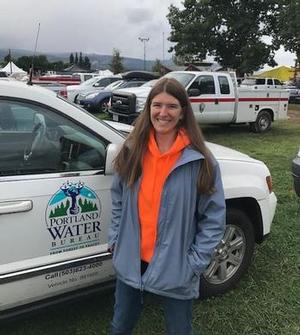 “Every year and every summer has a new challenge, but the Water Bureau is continually working behind the scenes to protect the Bull Run water supply and ensure that customers continue to receive some of the world’s best water,” said Liane Davis, the Bull Run Watershed Protection Manager for the bureau.

Another fire season begins in just a few months and work is already underway. The bureau also actively works to help prevent large fires in the watershed by prioritizing prevention and early detection measures. Watershed security officers conduct extra patrols throughout fire season, diligently look for anyone who’s illegally trespassing or abandoned campfires left near the Bull Run. The security patrols are very active through the summer months, particularly along the perimeter of the Bull Run Watershed.

“The combination of restricted public access and active monitoring goes a long way in protecting the watershed from human-caused fires,” said Davis.

The bureau also works with the Forest Service to staff the Hickman Butte Fire Lookout, located within the Bull Run Watershed. Having a person watching for fire every day is vital to detecting smoke early; early detection is vital to helping initial suppression efforts be successful

“Wildfire does not know jurisdictions or boundaries on a map,” said Davis. “We’re all in this together, and it’s the work that happens behind the scenes during the year that help us be prepared should an event happen. As we continue to plan for the future, and understand how climate change increases wildfire risk, we’re thankful for close working relationships and the value these partnerships deliver for Portlanders and Oregonians.”

Through year-round preparation, the Portland Water Bureau is ready to respond should an event like the 2017 Eagle Creek Fire happen again.