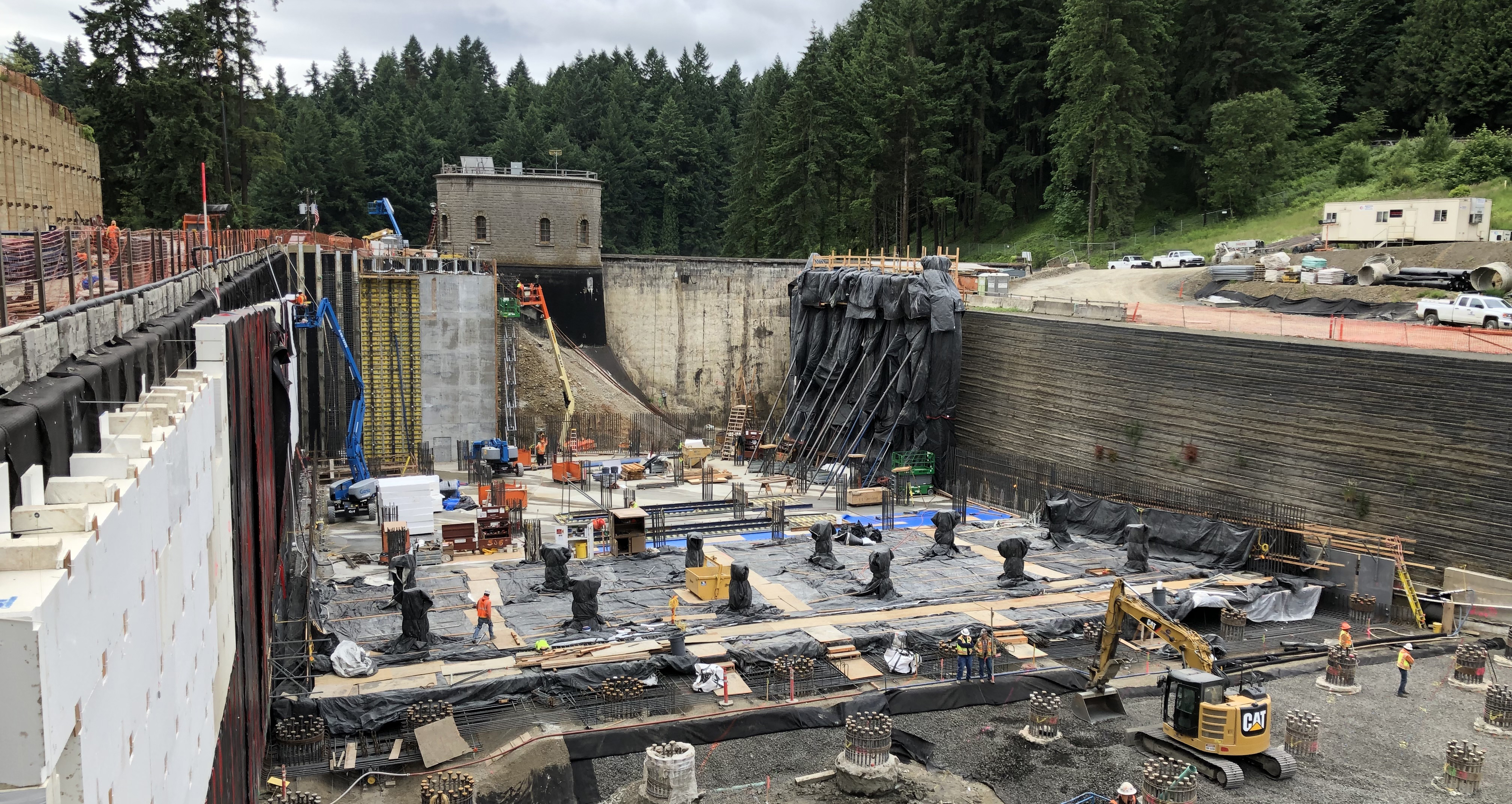 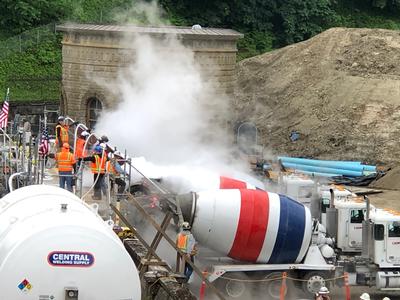 Managing the placement and curing of concrete at the Washington Park Reservoir Improvement Project is a delicate act, particularly during the warmer months. As concrete is “batched at the plant” and then is placed and cures, its temperature heats up. During warm weather, it can heat to temperatures that cause thermal stresses and potential concrete damage. To reach the needed strength for the finished concrete, the heat levels need to be controlled to maintain the tolerances required in the reservoir design.

Watch an example video of liquid nitrogen
being injected into concrete.

Things to know about liquid nitrogen:

The new 12.4-million gallon, seismically reinforced underground reservoir is being built inside the footprint of the former Reservoir 3. (upper) A new reflection pool on top of the reservoir will retain the historic look and feel of the original. The new reservoir has been engineered to withstand ongoing landside encroachment and potentially catastrophic effects of a major earthquake.

The new reservoir will supply water to Portland’s west side, serving approximately 360,000 people, including all downtown businesses and residents, 20 schools, five hospital complexes, and more than 60 parks.

This system of water conveyance and storage makes Portland a livable and thriving community, ensuring public health and economic viability.

Learn more about this project and the benefits it will provide to our region at portlandoregon.gov/water/wpreservoirs.