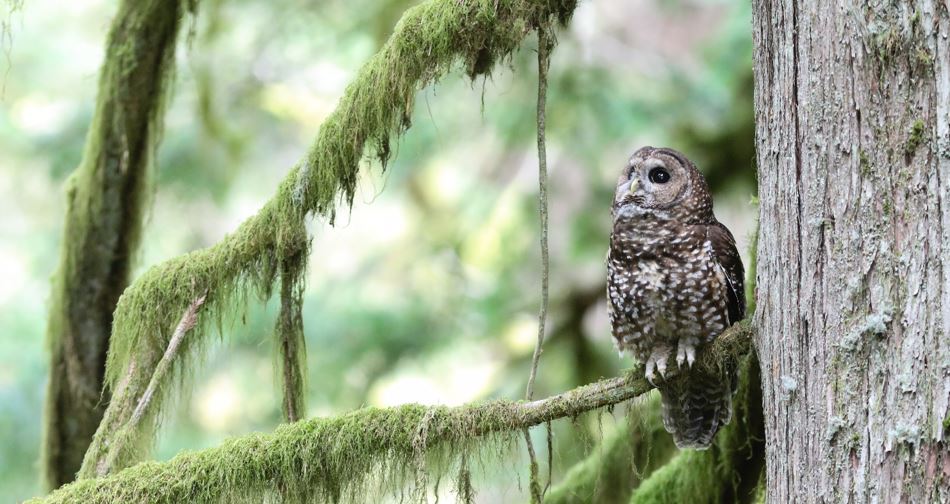 Adult male spotted owl near at its nest site in April 2019.

There’s a competition underway in the Bull Run Watershed.

Barred and spotted owls are in an unequal match-up. They vie for the same land, food, and nesting habitat to raise their young. And the invasive barred owls are winning, thanks to a few important advantages.

And then the barred owl arrived. 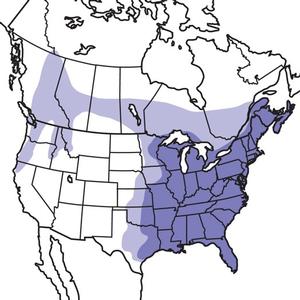 Prior to expanding their range, barred owls were confined to the eastern United States. But around 100 years ago they began expanding northward into eastern Canada, then turned west, then south, expanding from Canada into Washington State and then into Oregon and California. By the 1980s, barred owls were being found in the Bull Run.

Barred owls are formidable competitors. They have the advantage of using all forest types, unlike the spotted owl, which strongly prefers old-growth forest, especially for nesting. Barred owls are also aggressive and will physically attack spotted owls, which drives spotted owls into seclusion.

“We don’t know how many spotted owls currently occupy the Bull Run,” says John Deshler, Water Bureau wildlife biologist, “But no owl researcher would refute that it is fewer than were historically there.” 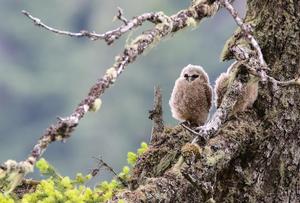 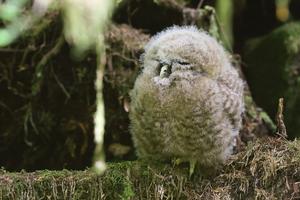 A recently fledged spotted owl on the forest floor close to its nest tree near Reservoir 2 in the Bull Run Watershed. Photo taken in June 2019.

Spotted owls are now found only in the best old-growth habitats in increasingly isolated refuges, where they continue to compete with barred owls that also occupy these premium habitats.

But there have been recent successes for spotted owls in Bull Run.

Surveys in a few areas of the Bull Run, associated with road improvement projects, located two spotted owl pairs and two other territorial males in 2019. Those two pairs nested successfully, producing three owlets among them.

But the time for celebration hasn’t arrived just yet. The future of spotted owls in Bull Run remains uncertain.

“Even though spotted owls can sometimes breed successfully in the Bull Run, it is unknown whether their offspring can compete with barred owls and establish their own territories,” says Deshler.

The Bull Run Watershed is the primary drinking water source for the City of Portland. Responsible management, stewardship, and protection of the Bull Run and the wildlife that live there are vital to ensuring the safety and abundance of our region’s drinking water.

Learn more about how protecting and caring for the Bull Run Watershed supports our mission of serving excellent water every minute of every day.