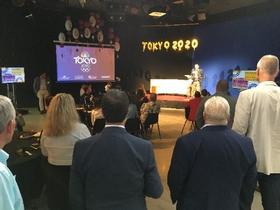 The Mayor and his wife were recently invited to celebrate KGW’s kick off to the one-year countdown to the 2020 Tokyo Summer Olympic Games that will be broadcast on NBC.

More than 130 people attended the social gathering that was held at KGW studios.

18 former Olympic athletes (and some still with hopes of making the team again) with local ties were there, and each was introduced individually. 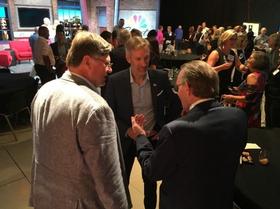 e Mayor had a chance to visit with several of them as well as other members of the community who were invited. Visiting with the Mayor on the left in the lower picture is John McArdle, who qualified in the hammer throw for the 1980 summer games in Moscow. On the right is Jack Elder, who competed in the luge event at the winter Olympics in 1972 in Sapporo, Japan