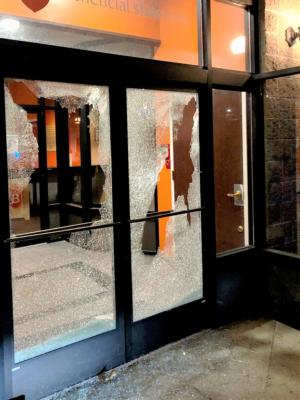 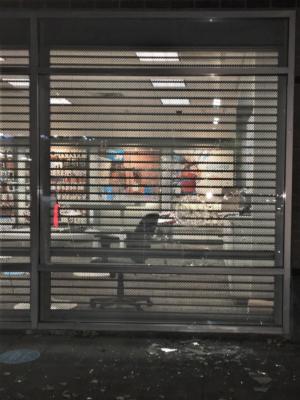 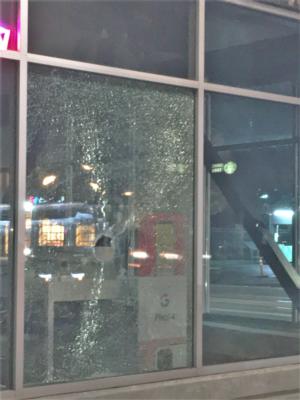 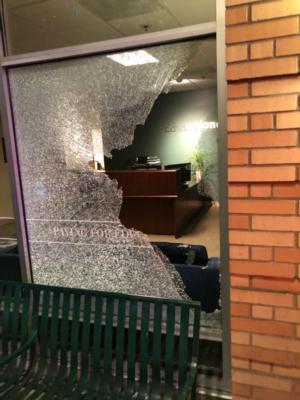 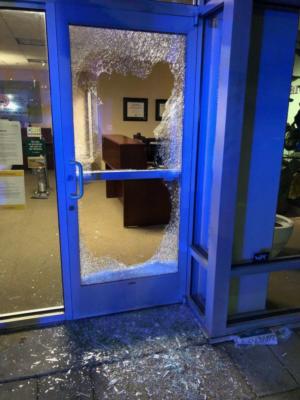 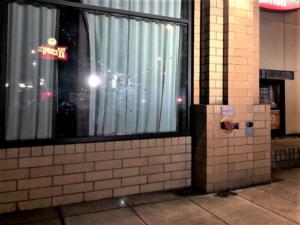 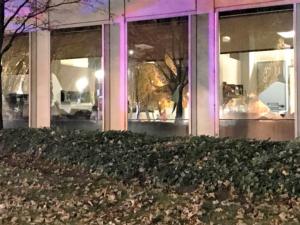 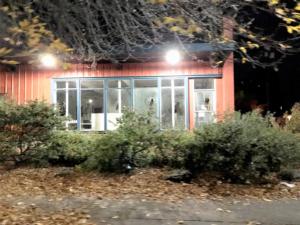 Numerous businesses suffered vandalism during a riot in the Irvington and Lloyd District neighborhoods Saturday.

On October 31, 2020 at about 7:15p.m, a group of about 150 people began a march from Irving Park, 875 Northeast Fremont Street. The march proceeded south on Northeast Martin Luther King Junior Boulevard into the Lloyd District area.

Individuals in the group committed acts of vandalism. Windows were broken out in two different phone stores, a coffee shop, a computer store, a community bank, a hotel, a restaurant (that was open at the time), a financial office, and two realty offices (photos). The destruction prompted the declaration of a riot.

The Portland Police Bureau (PPB) made announcements via loudspeaker and Twitter:
"This is the Portland Police Bureau. To those marching on NE Martin Luther King Jr Blvd: This has been declared a riot. Members of this group have been observed damaging multiple businesses along NE Martin Luther King Jr. Blvd. All persons must immediately leave the area. Failure to adhere to this order may subject you to arrest, citation, or crowd control agents, including, but not limited to, tear gas and/or impact weapons. Disperse immediately."

PPB officers moved in and dispersed the crowd. By 8:30p.m., most of the rioters had gone and the riot declaration was rescinded.

No arrests have been made, but the acts of vandalism are under investigation and future arrests are possible. If anyone was a victim of a crime related to this riot and has not already made a report, they're encouraged to call 503-823-3333 and file a police report, or file online https://www.portlandoregon.gov/police/cor/ . Please reference case number 20-681864.